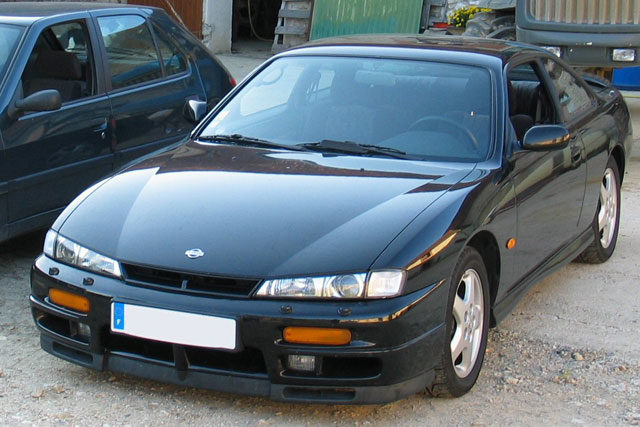 Just like the predecessors, the Silvia S14 made its debut in Japan in 1993 riding on the success of the S12 and the S13, this time around the S14 was lower and wider than its predecessor which made it much sportier and the rounded fashioning of the car gave out an illusion of being bigger than it actually was. Both the S14’s wheelbase and track were increased which gave drivers the ability to handle the car with much more confidence due to the enhanced stability of the extensions.

However, the S14 remained popular only in Japan as the export markets did not receive the model well due to faltering chassis variants. In Japan the extended width of the car which surpassed the 1700mm benchmark caused this Silvia generation to be forced out of the compact class category which resulted in owners of the Silvia 14 liable for higher road taxes.

Nissan quickly reorganized their strategies to deal with the market response and discontinued both the fastback and convertible from the production line for the international market which left the couple as the sole product in production. Nevertheless, the S14 eventually crept into an ‘exclusive’ market position that was dominated by ‘car enthusiasts’ who were in love with the new version of the SR20DET engine that gave it the extra boost in power because of the variable cam timing system and attached to a much larger T28 turbocharger.

You can download the Nissan S14 Silvia Turbo Workshop Manual for full specifications and repair details.

This niche market was quickly identified by Nissan and the S14 was subjected to a mild re-styling in 1996, which gave the S14 a much more aggressive disposition with projector headlamps and taillights that were tinted. The plan worked wonderfully and the S14A as it was known by then was accepted by the North American market as the 240SX. The S14 had a good market run and sustained itself right up to the doorstep of the millennia as the final model for the S14 in all markets was effectively ended in 2000 with the introduction of the Touring Model, which professed a much more refined engine block and pistons that allowed the car to accelerate superiorly when lower gears were engaged.

As a point to note, The Nismo editions (270R) that was limited (developed by Nissan Motorsports) was built on the chassis of the S14 and was tweaked and modified with a dozen or so enhancements and only thirty Nismo 270Rs were built and all were produced in 94.

Why Disc Brakes Are Preferred Over Drum Brakes