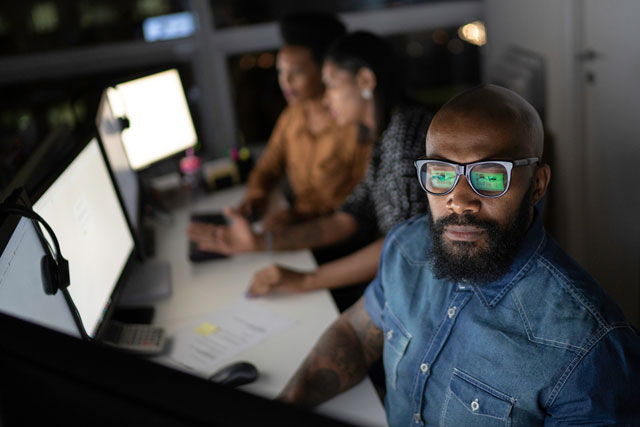 Black characters are still unrepresented in video games, which mostly feature white characters and are largely developed by Caucasians. Heavyweight Champ, released in 1976, portrayed the first Black character in a sports video game. However, this trend continued mainly in sports videos until the late 1980s when other types of games began to include multiple races, but not to any great extent. Hence, games developed by Blacks are almost in a genre of their own and, therefore, noteworthy. Here are seven examples of games by Black developers that deserve support.

Players can choose from three fighters and each one of them has a distinctive fighting style. In the storyline, President Orama is taken hostage by ninjas and must be rescued by a Rambo-Esque solitary character. The game is heavy on fighting and action against a background of heavily populated cities. Fighters are confronted by enemies at every turn.

With certain similarities to Capcom’s Power Stone, Combat Core is nevertheless a video that includes fights involving multiple players. Characters can be uniquely customised to make them even more varied. The game allows for online and offline play. Virtual reality headsets are supported for the first time in Combat Core. These can be paired with Lenovo RTX Gaming PCs

BLeBRiTYis styled as a charade game with a strong influence from Black culture. There is a full selection of categories ranging from comedy to pop culture. As an added plus, the game can be played from a smartphone.

With the catchy title, She Dreams Elsewhere, get ready for a surreal experience. The main character, Thalia Sullivan, wakes up in an unknown world that is a mirror image of her own. This is an unusual and addictive game.

Swimsanity is an underwater adventure. It entails three scuba divers battling ocean monsters and sea robots using their superpowers. This ultra-cool video was released in 2020 so is still fairly new. It can be played online or asynchronously.

The Chrono Ghost has special abilities that he suddenly acquired. These are related to time, which he can slow down, speed up, or stop altogether. These gifts are used to handle a succession of challenges at each new level of the game. Each level progresses in difficulty and contains hidden secrets that must be uncovered. The video is good to go on your old desktop.

Breeze In The Clouds

Breeze In The Clouds features a corgi aptly named Breeze. This lovable puppy sets out to conquer pollution with a host of entertaining additional characters. He can channel the power of the wind to save the planet and take out the bad guys. Initially launched on Kickstarter, this 2D video game is still undergoing further development.

You can support these Black developers by taking a look at the games that they created and following them on their websites. Other Black game developers will be interested to read their posts and sharing their experiences.