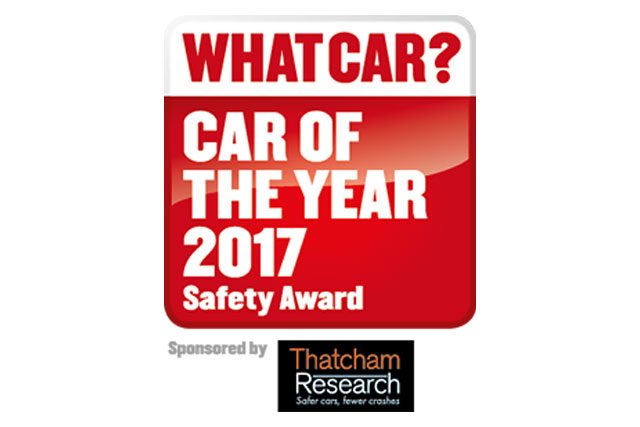 Car safety has always been important, but even more so in recent years. According to National Statistics, July-September 2016 saw 25,160 people killed or seriously injured on roads in Great Britain; a 6% increase from the previous year. Are manufacturers responding to the rising dangers and WhatCar? have found the three safest models available, so that you don’t have to.

The panel looked closely at cars with a 5-star rating from Euro NCAP, including ratings for adult, child, and pedestrian protection, and applied the tougher, more demanding guidelines of Avery’s Thatcham research group. Credit was given for autonomous emergency braking systems and any additional innovations that fall outside of the Euro NCAP tests. Finally, the product price was accounted for, so that cheaper car was rewarded for offering better safety.

The Tiguan scores very well when it comes to keeping children (84%) and pedestrians (72%) safe, and it’s consistently high scores secured it 3rd place. The standard-fit lane-keeping technology was found to be one of the least intrusive systems available, and therefore the least likely to be turned off by drivers.

The judges praised the 3008’s vast array of safety technology relative to its low price; well-designed seats and head restraints gave this car a score of 85% for child protection. A windscreen-mounted camera displays not only the speed limit to the driver but also offers the option of automatically limiting the car to that speed. One area it falls short, however, is the lack of standardized safety features across different European manufacturers.

A consistently high score across the Euro NCAP, as well as some truly innovative technology, brought the 2017 Safest Car title home for the Toyota Prius. It is the reverse AEB system that really made this car stand out, giving it the first-place win it deserves.

The Prius has the highest Euro NCAP score of any car, for 2016. It also performed outstandingly for pedestrian protection, with the front bumper scoring top marks. Just as the judges were impressed, Euro NCAP also awarded the car maximum points for the AEB system, which detects objects — whether that be pedestrians or other cars — behind the vehicle. A quarter of all UK accidents occur whilst reversing, and the Prius’s ingenious system reduces this risk significantly.

Like our other two finalists, the Prius also comes with lane-keeping assistance, which falls under the umbrella of Toyota’s Safety Shield. Not only can it warn you if the car strays out of line, but it can also provide steering inputs if you fail to react.

More to the point, this car has true value for money. You can now drive one of the safest cars around, for less than you think through poor credit car leasing. What are you waiting for?

How to Make a Video Louder Using Video Editor?

IBM AND VISA Want All Smart Devices to be Able to...