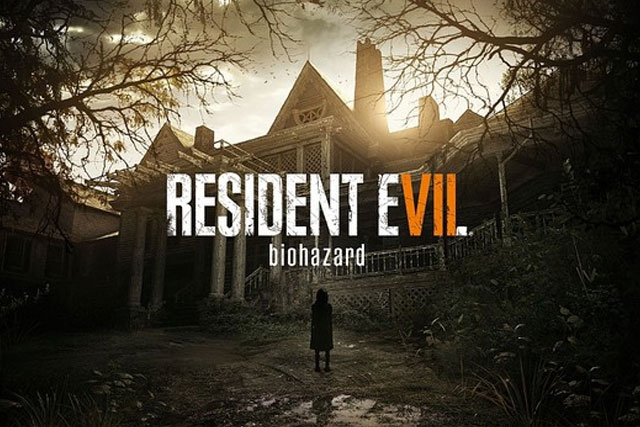 Resident Evil 7 is a pretty big step away from more recent games in the series. New characters, setting, and perspective. This led many to think the game is just a straight up reboot, but if that’s the case… why name it Resident Evil 7 and not just Resident Evil or Biohazard? Well honestly after beating the game and extensively scanning every piece of paper, room, and more I have no idea why this is the seventh game as it really does seem like a reboot but some clues suggest it does take place within the current RE universe.

So how does Resident Evil 7 connect to the whole RE universe despite it feeling like an overall standalone experience? We’ll start off with the non-spoilery stuff and then progress towards the biggest connection that comes in the game’s climax. We will have a big warning before that happens, so feel free to stick around until then. If you’d like to go in blind and find this stuff on your own, maybe bookmark this article for later and come back when you beat the game! Throughout the game, there’s a few things you can find that reference Resident Evil characters, events, and locations. One of these is a newspaper article that discusses how Raccoon City holds up in present day. For those unaware, Raccoon City was basically where one of the biggest outbreaks happened in the series and… well, some bad stuff happened there once the government came in. Turns out the city is in complete disrepair and you won’t find many people happy to be living there. The article mentions that even 16 years later, Raccoon City survivors are still suffering.

It also appears some characters from previous Resident Evil games have gone on to become writers. There’s a box of books in the Baker’s living room and one of those books is written by former head of the BSAA, Clive R. O’Brian! You may remember this character from Resident Evil: Revelations. It’s unclear what the book is about but it’s titled “The Unveiled Abyss”, meaning it could be his telling of Revelations since the game takes place in the deep ocean.

One other writer from the Resident Evil series is the reporter Alyssa Ashcroft, you may remember her from Resident Evil: Outbreak. She writes a newspaper article about some of the people the Baker family have been kidnapping which can be found in the foyer.

A reminder of old nightmares: So, now we are going into SUPER spoilery territory. The final connection is the biggest link but also the biggest reveal in the whole game. Do not scroll past the image of the Baker family below if you do not want the ending of Resident Evil 7 spoiled. You’ve been warned. During the final boss battle of the game, some helicopters fly overhead and a weapon is dropped down next to you to finish off the boss. This weapon seems to be a reference to series antagonist Albert Wesker because it’s named Albert (and a string of random numbers). Once the boss is dead, a group of soldiers rappel from the choppers and one of them walks over to you, pulls off their gas mask, and surprise! It’s Chris Redfield. The character only utters a few lines and he looks pretty different, but it is most certainly him. Some have speculated that this a red herring and the character is actually Hunk and he’s taking you to Umbrella’s HQ (we’ll get back to this in a second). People have also speculated that it’s not Chris because he only introduces himself as “Redfield”. If it isn’t Hunk (it probably isn’t), then it is most certainly Chris Redfield because the credits of the game say so.

After this scene, you get in a chopper with a blue and white Umbrella logo which is strange because Umbrella shut down many years ago and the company flaunted a red and white logo previously. Is Umbrella back and are they the good guys since Chris is with them? Who knows! Hopefully, we will get answers in the near future via a DLC or maybe an interview with the creators.

Resident Evil 7 is out now on Xbox One, PS4, and PC and is getting incredible reviews!

[Credit to Stevivor for the images]