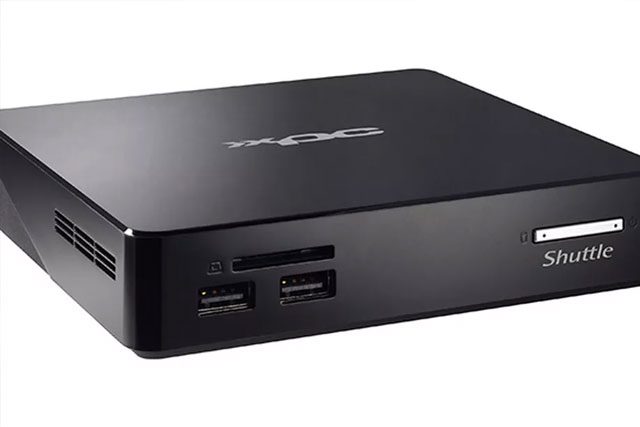 Whenever I buy a Raspberry Pi I like to tell myself I’ll do all sorts of cool projects with it and reinvent the face of IoT, but usually I just end up with a cheap, underpowered ARM computer that runs Linux and never takes advantage of all the I/O pins.

The new Shuttle XPC nano NS02A and NS02E (via Liliputing) cut through the lies I tell myself and simply offer a relatively high-powered ARM chip in a fairly small box. Android 5.1 is pre-installed, so that’s lame, but hopefully you can get regular Linux up and running without much hassle.

The $150-ish machines both run on a Rockchip RK3368 octa-core processor, include 2GB of RAM, 16GB of flash storage, have Wi-Fi and Bluetooth, and room inside for a 2.5-inch hard drive. The only difference between the two models is one runs off a power adapter, while the other can be powered over Ethernet.

Now that I think about it, I’d probably be better off getting a Chromebook. The RK3368 is powerful enough to do 4K video at 60 fps, so maybe this machine would work in a home theater, but the shortage of RAM would struggle with modern web browsing.

Aston Martin Valkyrie Revealed In Most Production-Ready Form Yet

The Life of a Freelance Makeup Artist in the Time of...