Most Important Charging Products to Know About and Emerging Charging Technologies 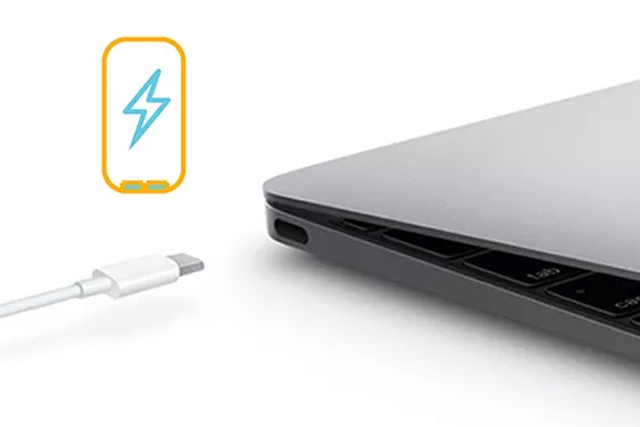 Charging electronics are something that we use every day. It makes sense that we use these types of electronics each day too, as most of us use portable devices. The reason that something is portable is that it has a battery within it that needs to be recharged once the device has depleted its power. That said, people want better batteries for their devices such as smartphones because for a very long time we’ve basically been using the same battery tech within smartphones and that would Lithium-Ion batteries.

Lithium-Ion batteries are quite good, as they’re able to take very cold and hot weather, and they can also be used for a very long time. However, the discharge rate of Lithium-Ion batteries is quite fast when you’re actually using your device, that causes the battery to deplete its power very quickly. So the use of a better battery is definitely needed in the market, however, implementing a newer battery onto our smartphones and other portable devices is a lot easier said than done.

The reason for that is because batteries have to be tested for the long-term, and go through nearly any situation that a normal user would have today. So we may be quite far from completely new battery technology.

For now, though, we have to focus on recharging our devices as conveniently and fast as possible. Charging tech has improved quite a lot over the years and it has shown with things such as Quick Charge and USB-C Power Delivery coming into the picture. At the same time, there are quite a few different charging electronics on the market that are able to offer different and powerful charging experiences. The first type of charging electronic that you probably think of when you have to charge your smartphone is a USB wall charger. It’s the charger with an AC adapter that can plug into a wall AC Outlet or any AC Outlet, really. These types of chargers usually come with new smartphones and tablets that we purchase and the brands tell us to purchase their wall chargers specifically. That said, you don’t have to just settle for just a single port wall charger that’s from Samsung if you have a Samsung Galaxy S7. If there’s the main flaw with USB wall chargers despite their insurmountable power, it would be that you have to keep all your devices in a single place to charge. You could be in a library with your smartphone and see that you have 5% left and then you have to force yourself to go sit next to an AC Outlet. It can be frustrating and that’s why portable chargers exist.

Portable chargers are exactly what they sound like and that would chargers that can basically go with us anywhere. These chargers are a blast to own because there’s so much variety on the market such as power banks that have high capacities but are large, and at the same time they can last quite a long time. Then on the flip side there are chargers that are very small, have a low capacity that can charge your smartphone only once, but they can literally go with you anywhere.

Also, portable chargers use the same charging tech that USB wall chargers can use and that would be things like Quick Charge Power Delivery which can be very helpful if you want to charge your MacBook, Chromebook or any other laptop that’s compatible with USB-C and don’t want to have to go near an AC Outlet to charge your devices. The convenience and the power that a portable charger is able to offer and the only real set-back is that you have to eventually recharge them.

Even then, recharging a power bank isn’t really a problem because you can just recharge it while you’re sleeping and basically have it so that you don’t run out of power at all. Since navigations apps such as Google maps, and Waze use a lot of power to run on your phone it also means that they burn into battery power. That can result in a dead battery if you’re a destination is quite far away and I’m sure you can imagine just how frustrating it would be to have to deal with a dead battery and not knowing where you are while on the road. So car charging during driving and using your smartphone in a responsible way is totally acceptable and it makes sense to do so too.

So we already mentioned how battery tech isn’t going to be improved and that’s already widely known. That said, charging tech is the sort of technology that is going to keep on improving because we always want faster charging speeds for our devices so they can charge them up as quickly as possible and have us be on our way. Two main charging technologies that are taking over the market are known as Quick Charge which is compatible with lots Android smartphones use certain Qualcomm Snapdragon processors. Then there’s Power Delivery that is used with USB-C which is a new standard of charging that is becoming more universal and Power Delivery is more of a universal charging solution than Quick Charge.

Quick Charge can’t really be with used with all devices because it relies on Qualcomm’s tech, so it’s really only meant for charging certain Android smartphones at a very fast rate. Then there’s Power Delivery and that is capable of outputting power of 100W and that can result charging small devices such as smartphones for sure and it can also charge laptops too.

There are many laptops that already use Power Delivery such as the new MacBook models, some Chromebooks, and a few other laptops on the market. There are also quite a few tablets that are starting to use PD and also smartphones too. With so many portable devices starting to use not only USB-C but also Power Delivery we’re getting to the point where you’re able to use a single charger for all your devices.

6 Social Media Trends That Will Take Over 2018