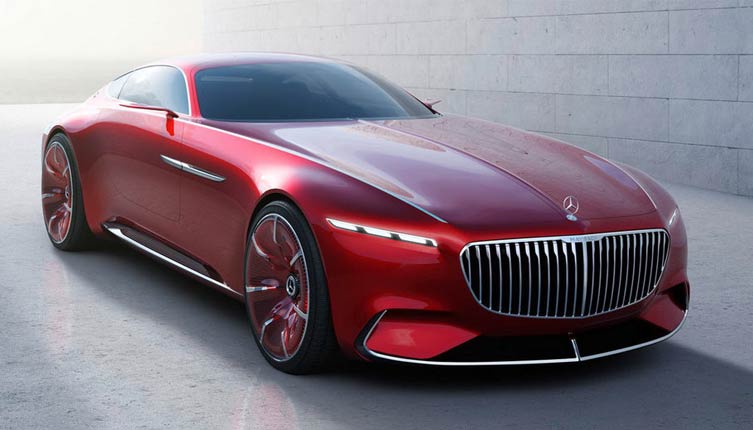 Mercedes-Benz unveiled its Vision 6 Maybach concept car at the Pebble Beach Concours d’Elegance last weekend to great fanfare. It’s a huge, sleek, red gullwing coupe with an electric drivetrain and over 700 horsepower. And now, thanks to this video, we can see it’s controlled by a remote. Luxury cars, an Italy-based car-spotter, caught video of an official using a video game-like controller to move the car back and forth, and even turn the front wheels, all while the actual cabin stays empty. He uses the controls to position the car on the grass, and later, load it onto a trailer with ease. Interestingly, at one point in the video, the official with the controller yells at a bystander to make way for the moving 18-foot behemoth, calling it an “Autonomous Car.” We’re sure the Vision 6 is full of future Mercedes autonomous tech, but in this case it’s still being controlled by a person—just not from the driver’s seat.

This feature is very similar to Tesla’s “Summon” feature, which allows the owner to move their cars slowly in and out of spaces. Unlike the Tesla, however, this controller allows the operator to move the car freely through any space, and control the angle of the steering. We wouldn’t be surprised if this feature found its way to the production version of the Vision 6, as it definitely has its uses. Struggling with parking in tight spaces will soon be a thing of the past once people can drive their cars from their smartphones.

IPhone 7: New Leak May Have Just Solved The Only Mystery Left