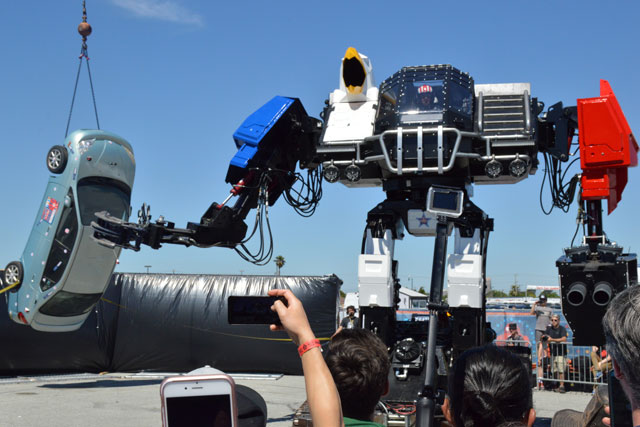 A giant fighting robot sports league might sound like a Michael Bay movie, but at Maker Faire, we learned transformers could be tomorrow’s ESPN hit. At least, that’s what the folks at MegaBots want you to think. The team of engineers made a compelling case for their futuristic sport at Maker Faire, where they debuted the 12-ton, 430-horsepower Mk. III robot. The bot’s big appearance comes before it battles Japan’s MegaBot this August. Mk. III has a few bugs to fix before the big duel (it took a few tries before the bot could successfully punch the sacrificial Prius), but MegaBots CEO Gui Cavalcanti did not seem discouraged. “It’s Maker Faire,” he reminded the audience, “not Done Faire.”