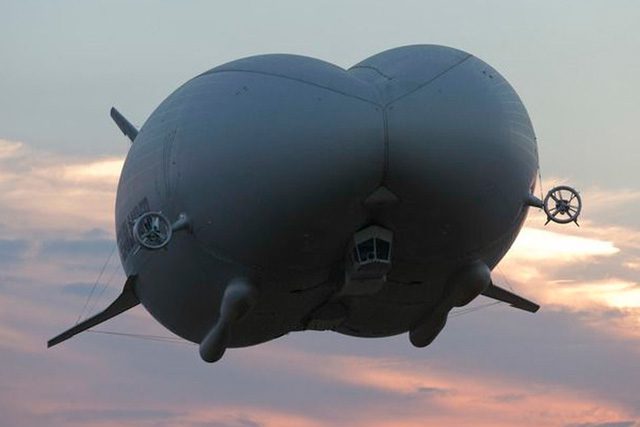 Airlander 10, the world’s largest aircraft — appropriately nicknamed the “Flying Bum” for its resemblance to a rear-end — is back in action following a crash that took place in August 2016.

According to a news release from the aircraft’s developer, Hybrid Air Vehicles (HAV), the Airlander 10 was repaired after it crashed during its second test flight at Cardington Airfield.

Several flight deck instrument panels, along with the overhead console and wiring, sustained damage after the aircraft took a nosedive during landing, but luckily there were no injuries.

Now, the “Flying Bum” is back and bulbous as ever.

Ultimately, the company sees it as an eco-friendly way to take surveys from the air, as well as transport passengers and cargo. The 302-foot-long craft is designed to stay airborne for up to five days in a row.

After a comprehensive investigation of the faulty landing, which revealed the causes of the crash, Hybrid Air Vehicles CEO  Stephen McGlennan said, “We’re delighted to have made the progress we have in our repairs and look forward to restarting our test flight program soon.”

Though a specific date for Airlander’s next flight has not yet been announced, at least we have something to look forward to.

5 Mistakes To Avoid When Selling Your Car