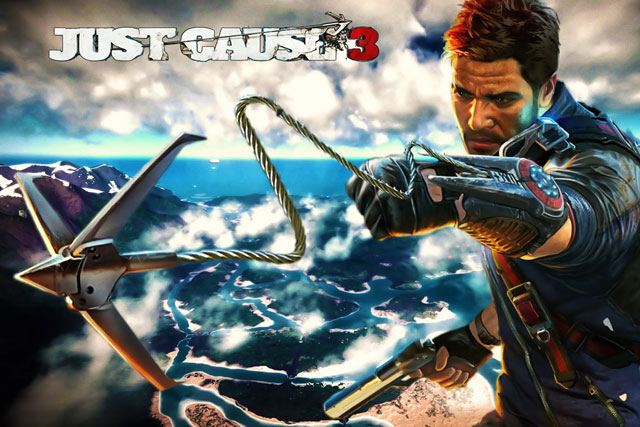 A feature film based on the popular Square Enix video game Just Cause is getting closer to reality and the plans are to make a big-screen franchise from it. Jason Momoa, who stars as Aquaman in the hotly anticipated Justice League and has his own spin-off film for the character, has signed on to star and Brad Peyton has stepped in to helm the feature film from a screenplay by John Collee (Master and Commander: The Far Side of the World). Both Momoa and Peyton have worked together before on Netflix’s Frontier. Peyton directed Warner Bros.’ San Andreas which ended up with a global box office take of $473.9M.

The story, like the game, follows Rico Rodriguez (Momoa) who is an operative for an organization known as the Agency. The plot of the movie is under wraps but it is expected to deal in some way with Rico’s crisis of conscience while on a mission. Producing will be Peyton and Jeff Fierson through their ASAP Entertainment banner and Roy Lee through his Vertigo Entertainment, Adrian Askarieh through his banner Prime Universe Films; Eva Cao through her Supernova Entertainment; and Mason XU and Fan Dong through DNA Co. Ltd. China-based DNA also provided the financing for the film.

20th Century Fox has first rights to worldwide distribution, except for China where DNA will distribute through a local distribution partner. In fact, the project was initially set up at the studio before obtaining independent financing.

The action/adventure is based on the Square Enix game and developed by Avalanche Studios. Momoa stars as Aquaman in the Ben Affleck, Henry Cavill-starring Warner Bros. Thanksgiving tentpole Justice League and will go before the cameras later this year  on the stand-alone Aquaman. He also stars in the Netflix series Frontier, which is produced and directed by Peyton.

Peyton is about to go into production on the Dwayne Johnson-starrer Rampage for New Line Cinema. He will also direct and produce the sci-fi action/adventure film Black Hole for STXfilms from a script he co-wrote with Philip Gawthorne.

Collee also co-wrote the Australian motion picture Tanna which was nominated for an Academy Award this year in the Best Foreign Language Film category.

DNA Pictures is a Beijing-based film production, distribution and investment  company. DNA Pictures was founded in 2015 by Mason Xu, former CFO of Bona Film Group and Dr. Fan Dong, former media executive at MEC Global. The company has produced The Rise of a Tomboy

Lee produced The Lego Movie which has earned more than $469.1M at the worldwide box office and spawned a sequel. His upcoming projects include the feature film reboot of  Stephen King’s It. Askarieh’s credits include Hitman and Hitman: Agent 47 and the upcoming Kane and Lynch at Nu Image Films which has Gerard Butler attached to star.