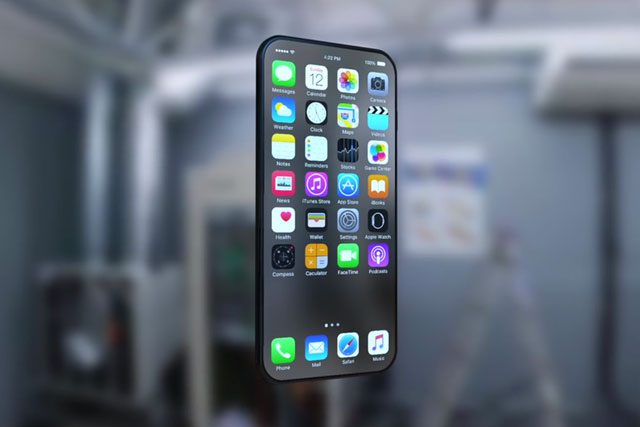 A new report from Israeli tech site The Verifier claims the iPhone 8 will come with a “Smart Connector,” similar to the three-pin connector on the iPad Pro, which could be used for interfacing with an AR or VR headset.

The site, which has no previous track record (yet), claimed earlier this year Apple is working on group FaceTime calls for iOS 11.

In its new report, the site claims the iPhone 8 might include a Smart Connector for wireless charging (a feature that’s widely rumored and expected) and for charging AR and VR headsets. It could also possibly be used to connect to other accessories.

Apple hasn’t really done much with the Smart Connector on the iPad Pro. Since its launch last year, the only official Apple accessory that makes use of the connector is Apple’s Smart Keyboard.

Leaks from last year revealed Apple was toying with the idea of including a Smart Connector on the iPhone 7, but ultimately decided to scrap the idea. It’s very possible the iPhone 8 could resurrect the connector.

A MagSafe-like connector for charging an AR or VR headset wouldn’t be totally farfetched. If you look at the new Samsung Gear VR, you’ll notice it has a USB-C pass-through port for extended power and charging because the headset connects to a Galaxy phones’ micro USB or USB-C port. A magnetic charging cable would let users easily attach and detach the charging cable — perhaps not unlike the Apple Watch’s MagSafe charger.

The iPhone 8’s rumored to be the biggest redesign to the iPhone since its release a decade ago. It’s rumored to have a new glass and stainless steel body, an edge-to-edge OLED display, a home button embedded underneath the screen, and the the aforementioned wireless charging.

Benefits of Social Media Listening For Businesses and Companies