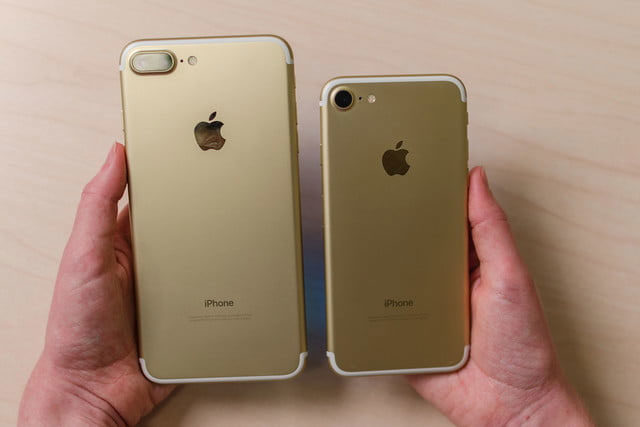 As there were lots of rumors floating around before the release of iPhone 7 as well as iPhone 7 Plus, it didn’t come with any great surprises. With all its great features and capabilities iPhone 7 is probably amongst best-selling smartphones out there. Many might be wondering that if next-generation iPhones from Apple are really that special and what really are their great features? Well, to be honest, there is quite a lot that can be described the features and capabilities of iPhone 7 – the latest iPhone out in public yet. Here we have detailed all the wonderful features of iPhone 7 that are worth looking into.

Though a distant look at iPhone 7 might give you an impression that it is same as the previous model but still there are quite a few improvements made in terms of design. Firstly, it comes with redesigned antennas and appears to be quite less offensive. Besides, it now has an aluminum carved out camera bump just like other parts of housing to make it look more seamless. A10 Fusion SoC is what this new iPhone is powered with. Basically, it’s a quad-core 64-bit chipset that includes a couple of high-performance cores with a capacity of running 40% quicker compared to A9 chip, as well as a couple of high-efficiency cores having 1/5th as much power to offer greater battery life.

The iPhone 7’s GPU is also a better one with six cores and definitely is far quicker compared to A9. It consumes 2/3rd of power compared to previous A9 version.

As claimed by Apple, A10 happens to be most powerful processing chip to ever make it to a smartphone. The most up-to-date Retina HD displays from Apple happen to be 25 percent brighter compared to the screens that were featured in previous model of iPhone. Still, there is support for 3D Touch and the color management is enhanced in the iPhone 7. iPhone 7 gives you greater storage and it has, literally, been doubled up. In base model you are provided with 32GB storage and the mid-tier model comes with 128GB storage. However, what you get with top tier models is a massive 256GB storage. According to Apple, iPhone 7 is expected to give a couple of hours more battery timing for routine usage when compared to that of iPhone 6s. So, it really is great news for those avid smartphone users. One feature that many smartphone users always want to consider first is the camera. Yes, most avid users always love to take selfies and capture moments they love the most and they want to have the best picture quality in all those images they capture. So, here are some of the details about iPhone 7 camera that you would want to check out. With iPhone 7, Apple decide to wave off space gray but it still comes with gold, rose gold and silver. In place of space gray, they have come up with black color which appears to be more like dark space gray. There is also a “jet balck” iPhone 7 introduced with a high-gloss finish. That’s probably something seen for the first time on any aluminum smartphone. However, the Jet Black color is only available for 128GB model and 256GB model. iPhone 7 comes with water & dust-resistance. So, whether you accidently give your iPhone a swim or take it through a dust storm, it will be just fine. According to Apple iPhone 7 has IP67 rating. The latest W1 chip comes with a better and improved wireless technology and it is now available across all the Apple devices. For pairing the devices with each other, you just have to put them closer. Apple Watch can also be connected with the help of latest wireless technology of Apple. The latest Beats headphones are also supported on the W1 chip. The iPhone 7 doesn’t come with any 3.5 mm audio port rather we have stereo speakers in new model. The sound produced with these speakers is also 50 percent louder compared to old speakers.

According to Apple, there are a couple of reasons as to why they have removed the analog headphone jack. First thing is that Lightning connector is a far better option for audio and, secondly, it opens up space to accommodate different other components.

So, all in all, iPhone 7 really is one great phone to have with some many great features. No matter which aspect you talk about, there is something great that awaits you and investing in this wonderful phone is really a great idea. That’s all from us now, if you want to learn more about the new iPhone 7 and its great features, why not buy one and enjoy the experience yourself. You are surely going to love it for all that it has to offer and make your iPhone experience wonderful.

Why Product Deformulation is Important for Chemical Products?

This Prosthetic Hand Sees What’s in Front of It