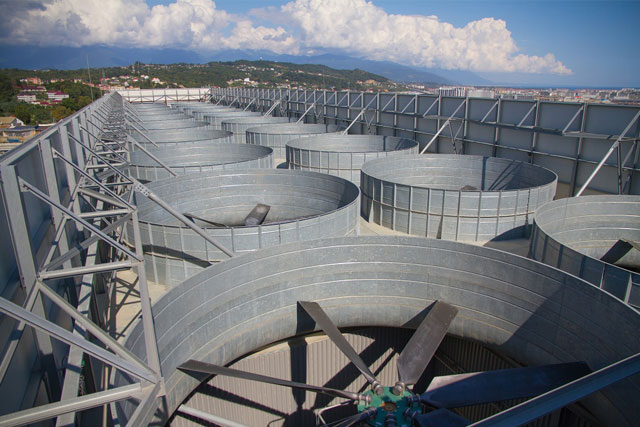 Industrial fans and blowers are machines that distribute a large flow of air or gas to different parts of a building or other structure. Industrial fans have several blades that rotate simultaneously. These blades are connected to a hub and shaft and powered by a motor or turbine.

There can be different types of industrial fans:

Centrifugal Fans: These types of industrial fans use high speed blades or impellers to blow air or other gases. They can have single or multi-stage units. These industrial fans have many types of blade orientations like radial, forward curved, and backward curved. The fans can be variable or multi-speed units. An electric motor drives these fans usually through a belt and sheave system. Some centrifugal fans are directly attached to drive motors. The speed of the fan can be controlled to various flow rates by using different sized sheaves, variable speed drives, and so on. Dampers are also a common way to adjust the airflow.

Axial Fans: These are also known as propeller fans and this type of industrial fan moves large volumes of air at lower pressures. Air enters the fan and leaves it through the axis of the fan hub. Axial fans are used to cool electronics as well as ventilating buildings and tunnels.

The axial fans use axial forces to move the air or gas, spinning a central hub with blades, attached radially from their outer edges. The fluid moves in a parallel direction to the fan wheel’s shaft or axis of rotation. The fan wheel is often located in a short section of cylindrical ductwork. Inlet and outlet ducts can be connected to this.

The fan wheels have diameters which vary from less than a foot to over 30 feet, and axial cooling tower fan wheels can be above 82 feet in diameter. Axial fans are normally used in cases where a large volume of air is necessary, and where both flow and higher pressure is required.

Uses and Benefits of Industrial Fans: 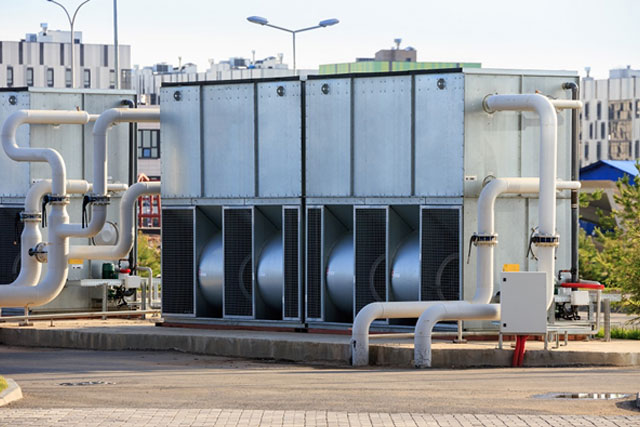 Other places where you might find industrial fans include gymnasiums, basement parking garages, and warehouses.

Industrial fans ensure air and gas movement for factories and other industrial locations. They churn the air in enclosed spaces, replacing stale and contaminated air with fresh air.