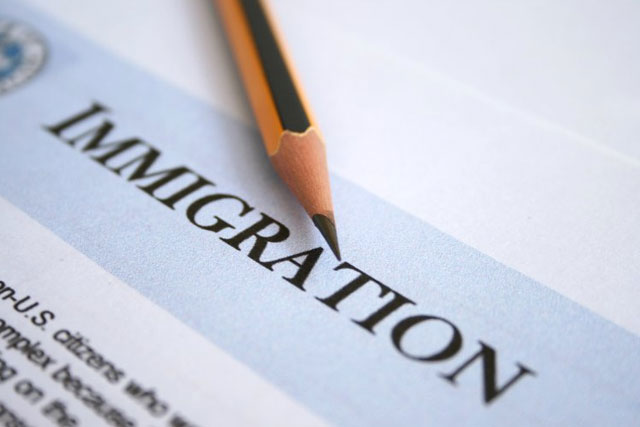 Since immigration services scams are underreported to the Federal Trade Commission, it is difficult to quantify the scope of such scams. Immigration services scam is a criminal act and affects immigration officials and the person seeking immigration to another country. If a person wants to file a complaint, he or she may contact offices such as UPL committee, attorney general’s office, police, state or local consumer protection agency, depending upon the state where the scam has taken place. Each state in the US has different laws and reporting process against a crime.

When a case is reported against a person who is involved in immigration scams, severe legal penalties are charged under the criminal law:

How an Immigration Services Scam Occurs?

There are various ways and tactics that scammers pick to target foreign nationals and trap those who seek immigration. Most of these scams are carried through online services that provide documentation and (or) a green card for immigration purposes to the potential victim for the visitation or permanent citizenship within the US.Some scammers carry out these activities in another country as well as provide fake documents to the immigrants.

In order to catch these scams, the authorities ask the immigrant to reveal that where and how he or she has received all the information. The state authorities also investigate the person or the company involved.

Immigration services scams mostly target the victim through fabricated and fake documents for the immigrants who want to enter the country or want to become a citizen of the US in future; creating forged documents or altering an original document is an illegal act which also highly affects such processes.

Moreover, falsifying a document with the intention of using it for the immigration purpose, is alsoa violation of the federal law. If the immigrant is aware of such forged documents and participates in the scam, he or she will be treated as a criminal and will face the similar charges same as the culprit person or immigration service company is charged with.

Apart from the persons or immigration companies, there are many online businesses that provide immigration services. The facilities that these businesses provide to the immigrants include fake documents, a guarantee of immigration and work authorization papers telling the victim that he or she can enter the country and can work without contacting the USCIS (the United States Citizenship and Immigration Services).

It is important to remember that this is the only authority in the whole US that ensures that whether the documents were given are sufficient or not to immigrate or work within the US. Seeking immigration services from such businesses leads to enter the country illegally and often deportation.

Parties who are involved in immigration services scamsare charged with heavy penalties. However, these penalties vary depending onthe activities of the culprit:

During an investigation against these scams, there are multiple parties involved and few of these can face the charges for the immigration service scam. Many of the individuals in the process are innocent and unaware of preparing for the scam. In this case, the person can seek the help of an experienced criminal defense attorney, who helps the defendant in proving his or her innocence and hence dismissing the criminal charges.