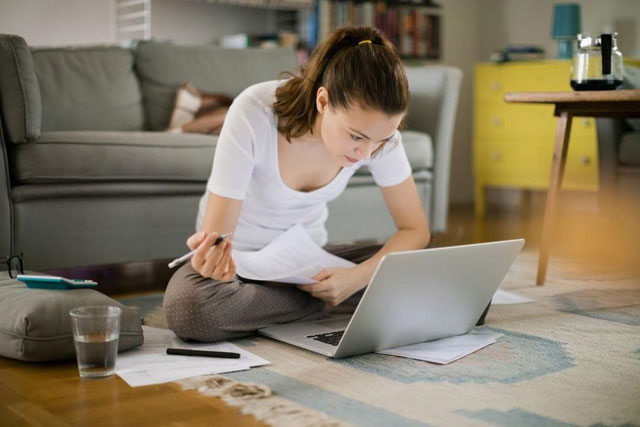 Retirement is a touchy subject for a lot of people. It makes sense why this is the case. Most people want to stop working at some point. But saving for retirement is a lot easier said than done. About two-thirds of people in the United States are concerned they’ll run out of money in retirement. This is causing many to work later into life. These are some concepts people need to consider if they want to retire on time.

Determine When You Want to Retire

Retiring “on time” means something different for everyone. It’s most common for people to retire at age 62 in the United States, which also happens to be the minimum age requirement for collecting social security. Almost two-thirds of people retire between 57 and 66—the age that is deemed full retirement age. However, some people end up retiring earlier or later in life. Warren Buffett, at 88 years old, is still CEO and chairman of Berkshire Hathaway.

Understand How Much Money You’ll Need

A lot of people severely misjudge how much money they’ll need to make it through retirement. One common measure says people should try to have 70 to 90 percent of their work income for every year in retirement. Of course, some of that will come out of Social Security. But for most people, your Social Security checks aren’t going to cover everything. Those who plan on retiring right at 62—or even earlier—should also consider the implications of how much money they’ll need if they end up living a long retirement. It’s totally possible for someone who retires early to live for another 30 years or more.

Start Saving as Soon as Possible

You’ve probably heard people preach about how you need to start saving for your retirement early in life. But that just doesn’t seem like a feasible thing for many people. Plus, retirement can seem like it’s so far away, you’ll never really get to it. The reality is that even putting aside a little bit early on can make a huge difference down the line. That’s because compounding interest makes money grow exponentially. Someone who puts their money in the stock market, or a mutual fund, can expect its value to double every 10 years. Think of it this way: every $1,000 you can save at age 35 will be worth $8,000 if you retire at 65. On the flip side, $1,000 saved at 55 will only be $2,000 a decade later.

Pay Down Your Debts

Debt is a tough thing to deal with during all stages of life. This is particularly true, however, in retirement, when you no longer have a steady income stream from working. People who want to retire on time need to do everything in their power to pay down their debt – especially the bad ones like credit cards.

Co-founder of Freedom Debt Relief, Andrew Housser, suggests that consumers try to cut back on overly indulgent behaviors in order to mitigate debt issues. Excessive spending over the holidays, or going overboard with food and alcohol consumption, can really set people back. Using some of that money for savings instead of spending it can be hugely beneficial for people who want to stick to their retirement plans.

Find Areas You Can Downsize

A lot of people try to live luxuriously while working without saving much money—operating on the assumption they’ll cut back on expenses when it’s time to retire. This is a lot easier said than done. It’s smart to downsize sooner rather than later. First off, you’ll save money right now. Opting for something more economical will allow you to put more money into your savings and reduce your debt. Additionally, getting used to living a less opulent life can make it a lot easier to get through your retirement without your cash flow.

Don’t Assume Too Much (Or Too Little) Risk When Investing

You need to take on some investing risk in order to take advantage of the effects of compounding interest. But what’s the right amount of risk? A lot of financial experts think it’s prudent for retirement planners to keep most of their savings in an index or mutual fund while preparing for retirement, and then moving some of that to more guaranteed investment devices like CD’s or bonds when nearing, or at, retirement age. Not taking enough risk when setting aside money for retirement can come back to hurt you. Even including big downturns like the Great Recession, the stock market greatly outperforms bonds or keeping money in cash. You also must consider the implications of inflation. If you’re just holding cash, that money is losing its value over time as things get more expensive.

There are lots of things to consider when planning for your retirement. It can be overwhelming – especially for those who have put it off for too long. However, now’s the time to start thinking about your retirement plans. Putting these strategies into action will help you retire on time.