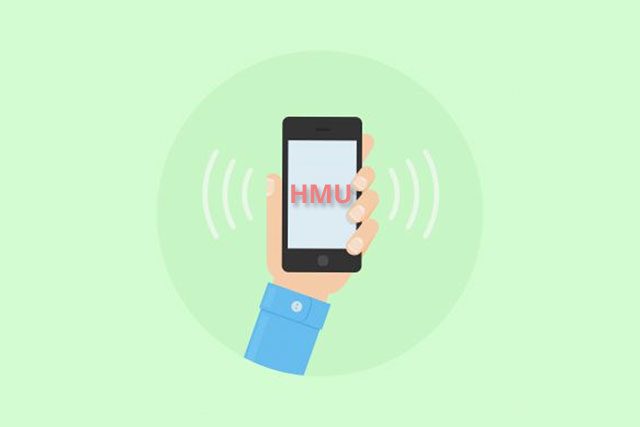 As internet usage has increased, we have learned new acronyms which are used in everyday life. Such as LOL, LMAO, SMH, and many others. These acronyms are the internet way of expressing the feelings, and the short form allows the conversation to go on in a fast mode without having to type long sentences.

Today we are talking about HMU which has gained popularity in the recent past, and we see many of the young generation using it. But what is HMU? Let’s find out.

It is an online acronym which usually means “HIT ME UP.” It is also used when writers want to express the following things like “Contact me,” “text me” or “phone me”        . Another mean of using it is to say “reach me to follow up on this.”

This is a short form of expressing the need to get in contact but not at the moment. It is used in chat, texts, and emails while in instant texting it is also found.

If we are to get into details, when it was first used to mean “that person asked me for something” as in hit me up with something. But as time evolved the meaning of it also changed. Now it is used to get in contact. Interestingly, a version of HMU was first seen in Urban Dictionary in 2010 which meant “Hold my Unicorn.”

The Way of Spelling:

Interestingly, both upper case and lower case of HMU is found in chats. It can be “hum” or “HMU.” If you are using any of the above-mentioned cases that are an upper case or lower case, if is fine. That means the same thing in both cases.

How to use HMU:

HMU can be used as the following ways.

HMU as a reminder to get in contact later:

As an expression to hook me up with something:

As the meaning of “hold my unicorn”:

HMU is an abbreviation of the expression which is commonly used on the internet and other chat versions. A simple way to express the need to get in contact later.

Datsun Go: Worth To Buy Or Not?