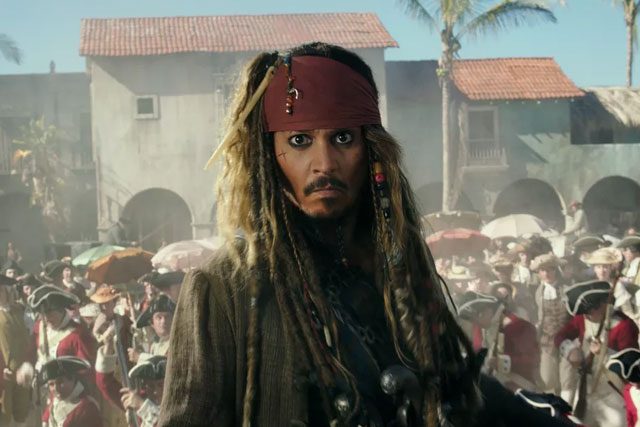 Pirates of the Caribbean 5

Hackers claim to have plundered Walt Disney’s forthcoming Pirates of the Caribbean film and are threatening to release it unless the studio pays a ransom, it was reported on Monday.

Bob Iger, the studio’s CEO, told a town hall meeting of ABC employees that hackers said they had accessed the film and would release it in segments online unless paid a ransom in bitcoin, according to the Hollywood Reporter.

He did not name the film, but said Disney had refused to pay and was working with federal investigators.

Deadline.com said the film was Pirates of the Caribbean: Dead Men Tell No Tales, the latest instalment of the franchise starring Johnny Depp. It is due to reach theatres on 25 May.

Disney did not immediately respond to a Guardian query seeking confirmation.

Iger said the extortionists threatened to release five minutes of the film and then 20-minute chunks unless a sizeable ransom was paid.

Hollywood has become a prime target for cybercriminals. Last month, an anonymous hacker, or group of hackers, followed through on a threat to upload the fifth season of Orange is the New Black online after Netflix refused to pay a ransom.

Hackers have also reportedly targeted Hollywood agencies such as UTA, ICM and WME. In 2014, hackers paralysed Sony Pictures and demanded the studio cancel distribution of The Interview, a comedy about a plot to assassinate North Korea’s leader, Kim Jong-un.

Revelation of the extortion against Disney follows the global ransomware cyber-attack which has affected British hospitals and other organisations in at least 99 countries.

Disney is a potentially lucrative target. The Los Angeles-based behemoth is dominating box offices through its core filmmaking studio, nicknamed the Mouse House, as well as Marvel studios and Lucasfilm.

It has billed the fifth instalment of the Pirates franchise as a reboot, with Depp’s Captain Jack Sparrow returning to the ocean alongside Geoffrey Rush as Hector Barbossa and Orlando Bloom as Will Turner. Javier Bardem joins the franchise as an undead captain.

Latest Innovative Trends to See in Pain Management in 2019

5 Ways You Can Sell Your Number Plates