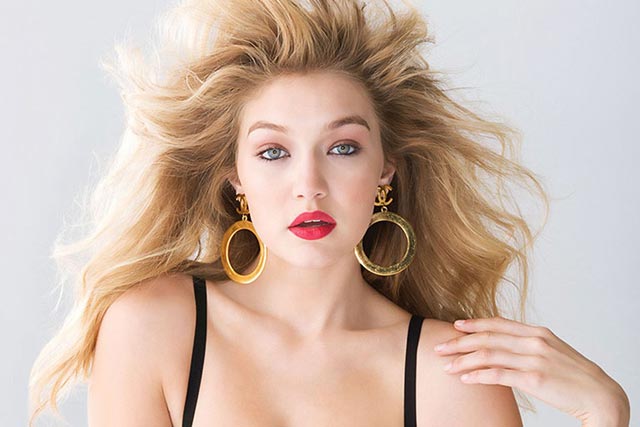 Of course, before doing so, she had to spend quality time with boyfriend Zayn Malik on Valentine’s Day. By that, I’m obviously referring to the T-shirt she wore with his name on it since she couldn’t physically be with him.

The 21-year-old model also showed her love for Zayn with a sweet Instagram post insinuating the couple celebrates V-Day “every day,” not just on February 14.

*Sighs* Maybe true love really does exist after all!

After Valentine’s Day, Gigi ventured off to Milan Fashion Week in Italy — and she wasn’t alone. Fans noticed the star was accompanied by suspicious bling on her ring finger.

Is “Zigi” evolving from perfect to perfectly ENGAGED?!

Honestly, it’s way too early to tell, but I’m sure most fans wouldn’t mind if they were. For now, I’m just going to assume Gigi was simply accessorizing her look for Milan Fashion Week.

Plus, these two lovebirds have never been shy when publicly expressing how strongly they feel about each other. I highly doubt they’d want to secretly get engaged without putting the special moment on display for the world to see.

This isn’t the first time fans suspected Zayn Malik of proposing to Gigi. According to DailyMail.com, Zayn reportedly asked Gigi to marry him back in December.

Unfortunately for him, Gigi allegedly felt they were both moving “too fast” and turned him down.

With that being said, only a couple of months passed since then. Translation: It’s still way too soon for an engagement…

But that doesn’t mean you can’t keep your fingers crossed and pray, Zigi-shippers.

As of right now, Gigi and Bella Hadid are both in Milan. The sisters both graced the runway during the Fendi show along with Kendall Jenner. Before that, they both walked for Alberta Ferretti.

Next up, the Hadid sisters will steal the spotlight as they walk the runways for Versace and Moschino. What a life!