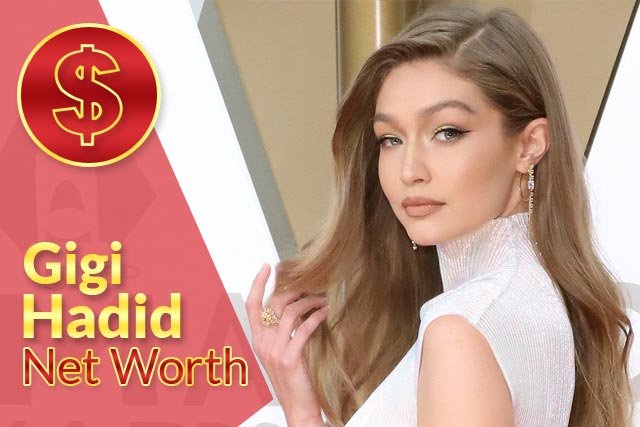 Jelena Noura Hadid, known as Gigi Hadid, was born on April 23, 1995, in Los Angeles. She is an American fashion model and has signed to IMG Models since 2013. Gigi Hadid made her debut in November 2014 in the Top 50 Models ranking at models.com.

Later on, in 2016, she had been International Model of the Year by the British Fashion Council. Since then, she has made almost thirty-five appearances on international Vogue Magazine covers.

Gigi Hadid is only twenty years old, and she has managed to reach the top of the modelling industry. Her connection with her fans and relatable social media presence is considered the key element behind her success.

Since she had debuted in 2014, Gigi Hadid has been dominating the fashion industry. She is one of the highest-paid models worldwide, followed closely by Bella Hadid, her younger sister.

Gigi Hadid is now a renowned reality television star and American model making $9-10 million per year. She has contracted with various companies including Evian, BMW, Tommy Hilfiger, Versace, and Maybelline.

Gigi Hadid was born on April 23, 1995, in Los Angeles. Her real name is Jelena Noura Hadid. Her mother Yolanda Hadid was a model and Dutch-American TV personality. She is very famous as a star of the American reality-television show, The Real Housewives of Beverly Hills.

Gigi Hadid’s father is Mohamed Hadid, who is Palestinian by birth. He had made his fortune developing Ritz Carlton hotels. In 2019, Mohamed’s company was declared bankrupt after being ordered to tear down the Bel Air mansion.

Gigi Hadid grew up in Santa Barbara, California, and graduated from Malibu High School in 2013. Later on, she started studying criminal psychology at The New School in New York. However, her interest in modelling halted her studies.

Hadid was only eight years old when her parents divorced. Mohamed had to pay Yolanda a settlement that included a mansion in Santa Barbara, a $6 million house in Malibu, various cars including Range Rover and Escalade, a $3.6 million cash payout, and $30,000 in monthly child support.

Afterward, Yolanda married a renowned music producer David Foster in 2011. However, they divorced in 2017. 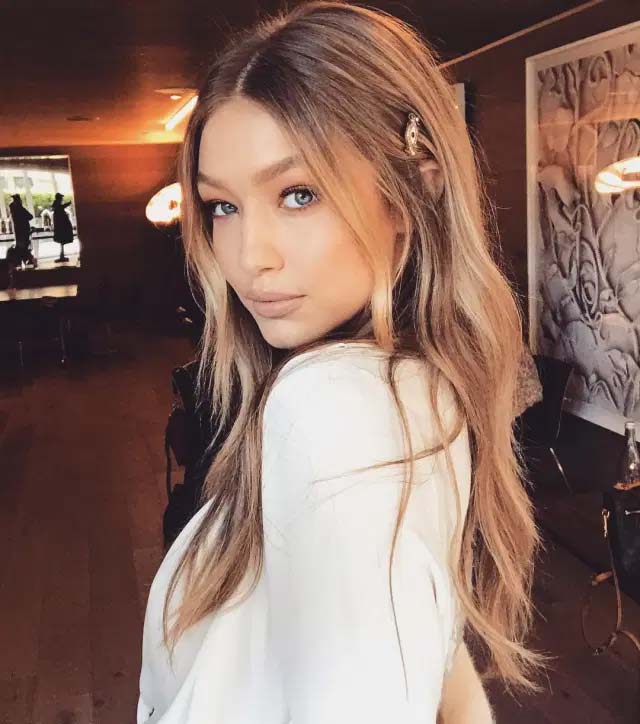 Gigi’s modelling career first started when Paul Marciano of Guess Clothing discovered her at the age of only two. At that time, Hadid modelled for Baby Guess for a while and then stopped modelling to focus on studies.

She returned to modelling in 2011. She again worked with Marciano and was named the face of a Guess campaign in 2012. When she was studying criminal psychology in New York, Gigi signed with IMG Models in 2013.

She walked for the Desigual show in 2014, and it is considered her New York Fashion Week debut. During the same month, Gigi appeared in her very first high fashion shoot on CR Fashion Book Magazine cover.

She had a great breakthrough in 2014 since she starred in various Tom Fort campaigns including Tom Fort Velvet Orchard Fragrance, Tom Fort F/W/2014, and Tom Ford Beauty 2014. She also starred in Tom Ford Eyewear’s autumn/winter campaign alongside Patrick Schwarzenegger the same year.

Since her debut, she has excelled in her career exponentially. In early 2015, Daily Front Row named her model of the year as well as an ambassador for cosmetics brand Maybelline. By May 2015, Hadid had walked for various designers such as Chanel, Michael Kors, Marc Jacobs, Max Mara, and Jean-Paul Gaultier.

She also received the name of ambassador for Australian Swimwear brand Seafolly. In the same year, Gigi Hadid had made her first appearance in the Victoria’s Secret Fashion Show as a model.

She is also a renowned face on numerous magazine covers and has appeared on covers for various publications that include Vogue (Paris, United States, Britain, Italy, Australia, Spain, Japan, China, Germany, Netherlands, and Brazil). Moreover, she has also shot various editorials for magazines such as Elle, Grazia, V Magazine, Sports Illustrated, and VMAN.

Besides her first Tom Fort and Guess campaigns that helped her a lot to launch her career, Hadid has also starred in campaigns for Penshoppe, Balmain, Versace, Max Mara, Topshop, Fendi, and Stuart Weitzman.

Hadid has also launched various fashion collaborations with renowned brands. In 2016, Hadid’s capsule collection, Gigi by Tommy Hilfiger, was launched at New York Fashion Week. Here, She had co-designed with the designer.

Gig Boot was launched with Stuart Weitzman in the same year. And Gigi’s second ready-to-wear collection with Tommy Hilfiger was launched in Feb 2017. She has also collaborated with other brands such as Messika Jewelry, Reebok, and Vogue Eyewear.

Gigi Hadid had won the award for International Model of the Year at the British Fashion Awards 2016. She was also named Glamour Magazine’s Woman of the Year and Solange Knowles and Nicole Kidman in 2017.

The major portion of her income stems from her professional modelling career. Forbes had declared her as the fifth highest-paid model in 2017, with an estimated earning of $9.5 million per year.

Besides her runway career, Gigi has also signed contracts with various famous brands that include Evian, BMW, Maybelline, Tommy Hilfiger, and Versace. 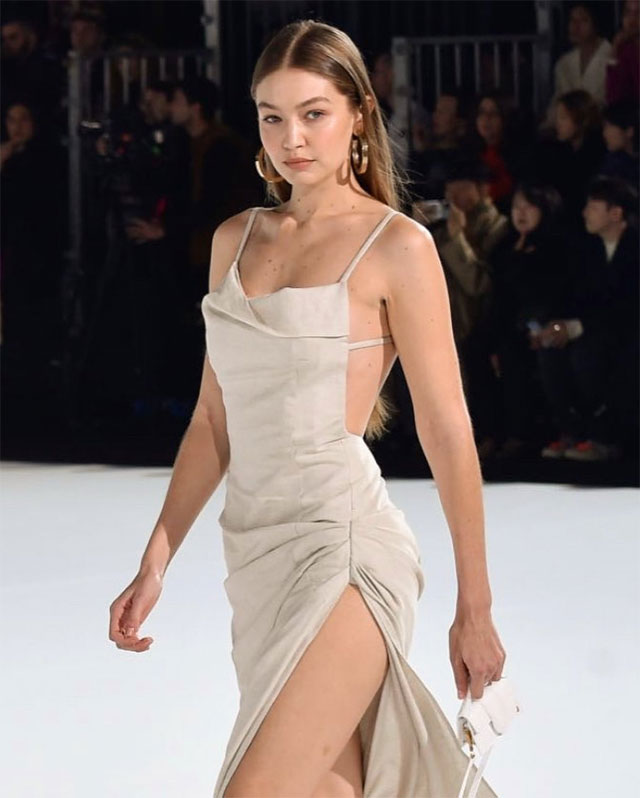 As of 2021, Gigi Hadid is a famous American model and also a reality television star. She has a net worth of $29 million. She is among the highest-paid models in the world.

Gigi Hadid had publicly dated Australian Singer Cody Simpson, and appeared in his music video for the songs ‘Flower’ and ‘Surfboard from 2013 to 2015. In late 2015, following their split, Gigi started dating English singer Zayn Malik.

Afterward, the couple appeared on the cover of Vogue magazine in August 2017. She also appeared in Malik’s music video for the song ‘Pillowtalk’. They had their first breakup in March 2018 and reunited in June of the same year.

They broke up again in November, the same year for the second time. Then, they reunited again in January 2020.

Gigi Hadid is a professional and talented model who got massive publicity in a short period and got high net worth.

North Wales Summer Event Not To Be Missed

How to Keep the Kids Entertained in Dubai