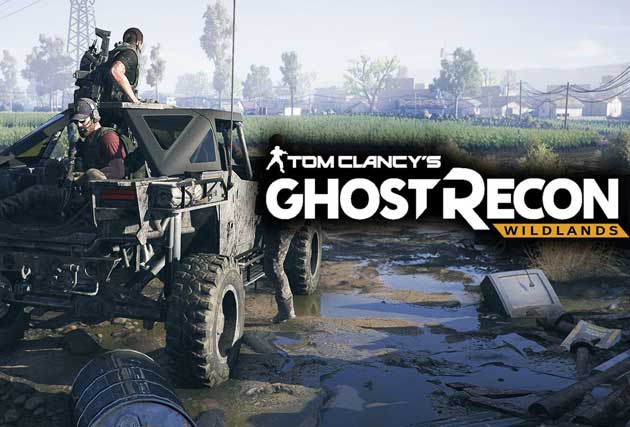 Ubisoft have confirmed that the new Ghost Recon Wildlands beta is scheduled to start at 3am PST, 6am EST, 11am GMT and 12 AM CET. The new Wildlands test run is to begin on February 23rd, a few weeks ahead of the game’s full launch in March.

The Ghost Recon Wildlands Open Beta will be available to all players from February 23rd to 27th, 2017, on current-gen consoles and PC. It’s quite a long time period set for a beta test, meaning that those who are intrigued by the new game should have enough time to really judge if they like it.

Players eager to jump into the Ghost’s boots and tame the Wildlands can pre-load the Open Beta now, it should be noted that during the test there will likely be a lot of server traffic.

Two new provinces will be open for players to try out, and are officially part of the 21 included in the final game. Ubisoft describes Itacua as a flourishing and mountainous province where the grip of the cartel is looser, ideal to perfect your sniping skills and get introduced to the Wildlands.

Montuyoc, meanwhile, is set in the snowy Altiplano and is much more challenging – players who have suppressed the Itacua bosses will gain XP and skills boosts allowing them to face this dangerous area, home to Santa Blanca elite training centers.

During the recent closed beta, players were able to travel solo or team up with up to three friends in co-op and use a variety of vehicles, weapons, and equipment available to the Ghosts. A Ubisoft community manager commented on some of the feedback focused on difficulty and how a player runthrough didn’t seem to hold many consequences due to the respawn impact.

“You have to keep in mind that the beta area was one of the lower difficulty areas,” the Ubisoft community manager replied.

“As you get into more difficult zones, a more tactical approach will be rewarded.

“Granted the game doesn’t force you to play in any one particular playstyle, but as you go on, the more tactical you are, the less potential headache you’re setting yourself up for. This is likely what the new province, Montuyoc, should be for those players who found the closed beta area a little too easy.

As in the full game, all the content in the Open Beta will be playable with up to three friends on the same platform via four player co-op, or in single player.

Players are free to utilise a large variety of vehicles, tactical equipment and weapons to get the job done.