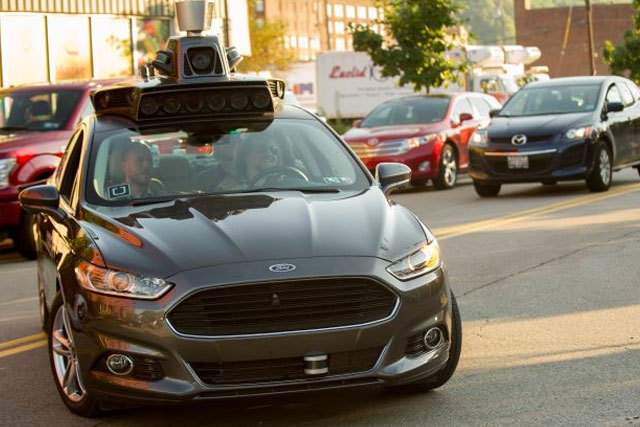 NEW YORK: Ford’s decision to oust its CEO is the latest sign of how Silicon Valley technology firms are shaking the foundation of the American auto industry.

The removal of Mark Fields after just three years at the helm – and his replacement by an auto industry outsider – followed a precipitous decline in Ford shares, amid concerns the 114-year-old US giant isn’t on top of the challenges facing the industry, especially new technology.

For example, Ford won’t introduce an autonomous vehicle until 2021, later than some rivals.

”It seems as if most companies don’t know what the future of mobility is,” said Jessica Caldwell, director of industry analysis at Edmunds.com.

”They know there is a big business coming in the future, but no one has the crystal ball to say this is the right strategy.”

Is Detroit going to remain at the forefront of manufacturing cars, or will it become more of an outpost to technologists in Silicon Valley?

The traditional players – General Motors, Ford and Fiat Chrysler – don’t seem to have a clear answer.

Supporters of autonomous vehicles tout the technology as a way to reduce accidents and traffic jams. While the costs are high, they could be shared by multiple users.

”The Fields exit demonstrates that Ford Motor Company and, by extension, the Detroit three automakers, haven’t communicated as well as some other companies on their successes in moving toward autonomous vehicles,” Jack Nerad of Kelley Blue Book said.

Ford and GM are working on developing their own self-driving cars and have made investments of billions of dollars to acquire artificial intelligence and technology to detect obstacles.

The auto giants also have opened research centres in Silicon Valley, hired hundreds of engineers and adopted a more tech-centred vocabulary, referring to the future of “mobility,” not just cars.

In contrast, Fiat Chrysler has collaborated with Waymo, Alphabet/Google’s self-driving car project, testing the technology on the Chrysler Pacifica minivan.

Waymo also has a partnership with ride-sharing company Lyft, of which GM is a main shareholder.

Uber also is testing autonomous vehicles, while Apple has received permission from the state of California for testing as well.

”Nobody knows the right path,” said Michelle Krebs, senior analyst at Autotrader. “You can’t tell if the technologies will be profitable.”

”On the other hand, tech companies, with comparatively little investment in manufacturing, have much less to be concerned about as they push the envelope on self-driving tech,” Nerad said.

Adding to the challenges facing the conventional car companies is a slowing US auto market after a multi-year boom following the 2008 financial crisis.

The automakers also live with bad memories from the period that led to bankruptcies of GM and Chrysler, which was bought by Fiat.

At the time, the US automakers faced withering criticism for misreading the effects of soaring oil prices that caused US consumers to turn away from sport utility vehicles and other large, gas-guzzling models.

”The criticism for the Big Three in 2008 was that they kept manufacturing big cars even when the price of oil was skyrocketing,” Caldwell said.

”Ford and GM and Chrysler don’t want to be under that criticism again” if the market turns sharply in favour of autonomous cars.

Much of the pressure from investors is due to the rise of electric-car maker Tesla, which has become a Wall Street darling in spite of its meagre production, although even company founder Elon Musk said the share price is inflated.

Tesla’s two vehicles in commercial production, the Model S and Model X, have an “Autopilot” system, which permits the vehicles to perform most operations on its own.

Tesla is neck-and-neck with GM as far as market capitalization, having swept passed Ford.

The new players have thrown down the gauntlet, and now the “Big Three” have no choice but to respond, analysts said. But it isn’t clear yet exactly how much of the future of the industry will be autonomous.

And if autonomous does take over, “Are the tech companies preparing to build and market cars and/or transportation?” Nerad asked.

”Or will they find it more appealing and profitable to supply the conventional auto makers with autonomous driving technology?” — AFP