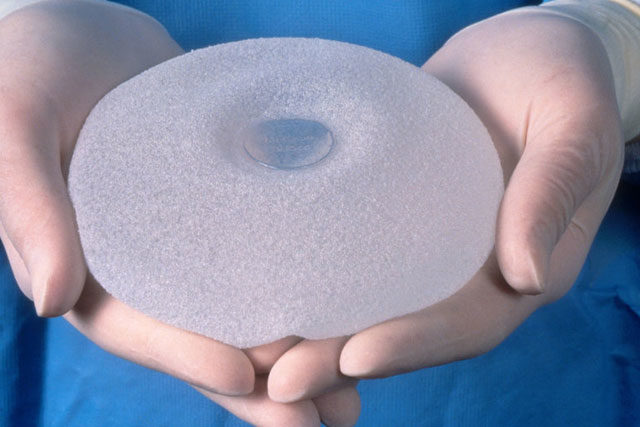 WASHINGTON — Makers of cardiac defibrillators, insulin pumps, breast implants and other medical devices might be able to delay reporting dangerous malfunctions to the Food and Drug Administration under an agreement heading for a vote in Congress.

Device makers will still have to quickly report any injuries or deaths related to their products. They would have more time, though, to file reports on devices that may not be working properly, and have the potential for injury.

The deal is part of a pact between the F.D.A. and the $148 billion device industry. Renegotiated every five years, the agreement includes the fees that device makers must pay for the agency to review their products. It is scheduled for a vote in the House of Representatives on Wednesday.

The current draft compels the F.D.A. to speed medical devices onto the market — and into patients — faster than ever. But, at a time when the F.D.A. acknowledges that medical device mishaps are vastly underreported, a provision in the bill says the agency should permit companies to report malfunctions every three months, rather than the current practice of submitting reports within 30 days of a problem.

Industry executives dispute critics’ claims that underreporting of faulty devices is widespread, and note that the new proposal would not affect their duty to notify the F.D.A. of what are called “adverse events,” meaning incidents that involve any harm to consumers.

“All of our companies report adverse events quickly and as clearly as they can,” said Scott Whitaker, president and chief executive of AdvaMed, the medical device trade group. “It’s in our interest to do it. We want safe, effective products more than anyone else.”

But consumer advocates point to recent problems where initial reports of device malfunctions did not involve any injuries, but later evidence — sometimes additional devices showing flaws or reports indicating patients were harmed — began to surface. They pointed to cardiac defibrillators that ran out of batteries; the power morcellator, designed for laparoscopic surgery to remove uterine fibroids, which spread cancer through patients’ bodies; a type of breast implant that is linked to a rare cancer; and the superbug-bearing duodenoscope, whose design flaws made it virtually impossible to disinfect.

Some of these devices were investigated in a series of congressional hearings over the past few years, with numerous lawmakers blaming the F.D.A. for lax oversight. The F.D.A. will develop a list of high-risk devices that will qualify for the quarterly reports.

Critics of relaxing the rules say this is not the right time to ease oversight when so much already goes undetected.

“It often takes months or even years for the F.D.A. to detect patterns of failure,” said Jack Mitchell, director of health policy for the National Center for Health Research in Washington. “Post-market surveillance of medical devices continues to be dangerously slow and clearly inadequate to protect patients from risky devices.”

The agency has acknowledged that it has a problem.

Dr. Jeffrey E. Shuren, director of the agency’s Center for Devices and Radiological Health, called the current reporting system “passive surveillance.” Regulators rely on manufacturers and hospitals to notify them of injuries, infections and other adverse events linked to medical devices, as well as malfunctions. The guidelines call for alerting the F.D.A. no longer than 30 days after an incident.

“There are approximately 65,000 new adverse events every month, and you don’t have enough analysts to review those reports,” said Madris Tomes, who worked on such reports at the agency from 2010 to 2014. “They read them typically in order of importance, starting with deaths and injuries and malfunctions. When they come in the next day, they once again start with new deaths and injuries and malfunctions.”

Mr. Whitaker said no one had told him that the F.D.A. was not equipped to deal with the volume. “That wasn’t raised to our attention in all of our negotiations,” he said. “Are they understaffed? If they are, they should tell us and then we can have a conversation about it.”

The negotiations, which last about a year and involve Congress, the F.D.A. and lobbyists for device companies, are contentious.

Since the beginning of the Obama administration, AdvaMed and its member companies including Boston Scientific, Medtronic and Abbott Laboratories, which acquired the troubled St. Jude Medical, have emerged as a power on Capitol Hill. Although they spend less on lobbying and donations than the pharmaceutical industry, medical device companies have recently upped their game.

In the two-year 2016 election cycle, medical device and supply companies donated more than $5 million to congressional candidates and incumbents. So far this year, as they press Congress on the user fee agreement and lobby to keep the tax break for medical devices, they have donated nearly $375,000 largely to incumbents facing re-election.

First-quarter expenditures for 2017 show they have spent more than $8 million on lobbying, putting them on track to beat the total last year of nearly $31 million.

Much of the industry’s clout comes from the growing percentage of the F.D.A.’s budget that it funds. User fees today account for about one-third of the medical device center’s finances.

This month, company executives and other AdvaMed members blanketed Capitol Hill, lobbying lawmakers during their annual “fly-in.” Tom Price, the secretary of health and human services, spoke to the group.

They are also happy with the Republicans’ efforts to overhaul the federal health care law, because it would make their current excise tax break permanent.

David Hilzenrath, who studies medical devices for the Project on Government Oversight, a watchdog group, criticized the negotiation process over user fees.

In a report last month, Mr. Hilzenrath outlined several provisions that he said might endanger patients. He opposes the revamping of inspection guidelines, which would require the agency to notify device makers before visiting manufacturing sites. He said he was most worried about the proposal to scale back reporting of many malfunctions to four times a year.

Ms. Tomes, who is now the chief executive of Device Events, which mines F.D.A.’s device data to find signals of problems, agreed. “Expanding this program is not in the public’s best interest,” she said. “Physicians and primary caregivers will find out much later about problems.”

Last year, she added, a “good deal” of the reports about the premature battery depletion for cardiac defibrillators “came in as malfunctions.”

Greg Crist, a spokesman for AdvaMed, said devices that had been on the market for less than two years would not fall under the relaxed reporting rules. He added that the F.D.A. was given the authority to accept quarterly reports in 2007.

Dr. Shuren believes these reports will become less important as the agency moved toward a new system that he said would mine electronic health records to detect troubling patterns sooner.

The electronic data will draw on medical device registries run by professional societies, patient health records and other sources. But it will not be fully operational for at least several years.

How to Sell Your Orlando Home Quickly and Effortlessly