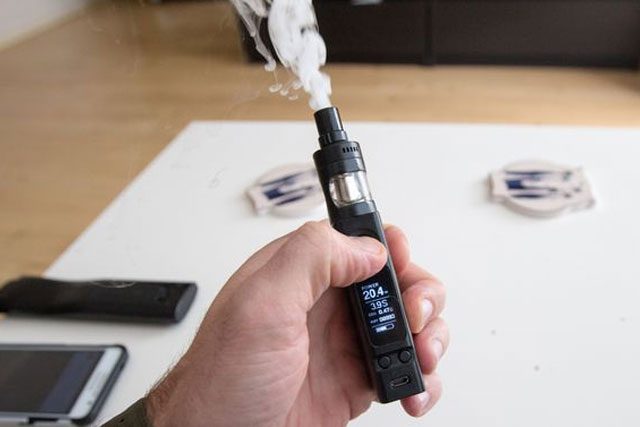 These days we are used to suspecting fire where there’s smoke.

In a Miami courtroom on Wednesday, however, there was an even more inflammatory coincidence.

As the Miami Herald reports, Stephen Gutierrez was presenting his closing arguments in an arson trial when his pants caught fire.

Just writing that sentence makes me weak at the fingers.

Witnesses, though, told the Herald that Gutierrez had been fiddling in his pocket as he defended his client against charges that he’d deliberately set his car on fire.

The courtroom was cleared, and Gutierrez returned apparently unharmed and insisted that this was not a stunt, but a genuine case of spontaneous combustion, caused by an e-cigarette.

These devices have, indeed, been associated with many cases of pant-fire. Last year, video taken in a New York store showed a man’s pants explode, the alleged cause being an e-cigarette.

Last December, an e-cigarette caused a fire on an American Airlines flight.

Gutierrez didn’t immediately respond to a request for comment. The judge in his trial, however, is reportedly allowing prosecutors to weigh whether he should be charged with contempt of court.

Gutierrez didn’t immediately respond to a request for comment.

Should You Fix Up Your Old Car, or Buy a Newer...

Best Tips To Maintain The Air Conditioning System of Your Car