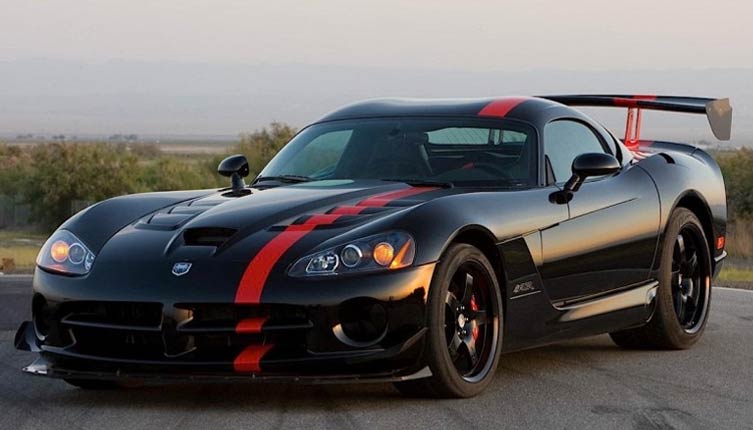 In its distant past, the Dodge Viper 2017 had a bad-boy reputation—one that it earned with delicate handling and a tendency toward copious oversteer. Even in the right hands, it was still a handful.

Over a few generations, the Viper’s grown up a lot. It’s become a more balanced machine, with a better interior, better tire choices, and the all-important stability and traction control that make it usable in everyday driving. That doesn’t mean it’s no longer a bad boy—just one with better manners.

It’s still not quite as genteel as a Chevy Corvette or a Porsche 911, and for that, the Viper remains a singular choice.

The Viper ears a respectable 7 overall on our ratings scale thanks to its beautiful shape and superlative performance. It’s a fitting tribute to the car that has been around for so long.

The current Viper dates back to the 2013 model year, and 2017 will be the car’s last model year. To commemorate the end of production, as well as the car’s 25th anniversary, Dodge has introduced a series of six special edition models.

The special edition models include:

This model pays tribute to the current ACR’s lap record of 1:28.64 at Laguna Seca Raceway. Already sold out, each of the 28 cars features a black exterior, a painted rear wing, red ACR stripes, an aero package, and carbon-ceramic brakes. All 28 models sold in 40 minutes, according to Dodge.

This special edition sports the color scheme from the 1998 Viper GTS-R GT2 Championship Edition. It wears pearl white paint, blue pearl GTS stripes, an aero package, and carbon-ceramic brakes. All 100 units sold out within a few days of its release.

Modeled after the the 2010 VooDoo edition, this Viper features black paint with a graphite metallic ACR driver’s stripe and a red tracer outline, an aero package, and carbon-ceramic brakes. All 31 units sold out in a few hours.

Inspired by the 2010 Snakeskin ACR, this Viper features green paint with a patterned SRT stripe, an aero package, and a black interior. All 25 were sold almost immediately.

Also inspired by the 2010 Snakeskin ACR, this model is painted Snakeskin Green with a custom snakeskin-patterned stripe. It comes with the Extreme Aero Package, carbon ceramic brakes, a serialized instrument panel Snakeskin badge, and a custom car cover that matches the exterior paint scheme and has the customer’s name printed above the driver’s side door. A total of 31 are offered, just like in 2010. Those models will go on sale in mid July.

Sold only at two of the top-selling Viper dealers—in Tomball, Texas, and Roanoke, Illinois—this Viper features a white exterior with a competition blue racing stripe, an Adrenaline Red driver stripe, carbon-ceramic brakes, and an aero package. Those editions were sold in roughly five days. Other than the special edition models, the Viper gets no updates for 2017, though the GT model is dropped.

The rest of the Viper lineup includes the base Viper SRT, the GTC, the GTS, and the track-focused ACR.

Importance of SPSS in Data Analysis