4 Digital Fashion Industry Trends for the 2017 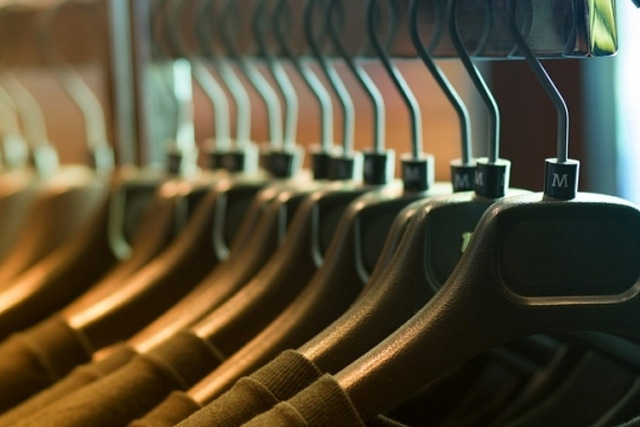 2016 has been a challenging year for businesses worldwide, dealing with the uncertainty of Brexit and the shock of Trump – and the digital fashion industry hasn’t escaped this.

According to the 2016 BoF-McKinsey Global Fashion Survey, executives named ‘volatility, uncertainty, and shifts in the global economy’ as the biggest challenges they were facing. However, it is far from doom and gloom for the digital fashion industry. From 2016 to 2020, online retail sales worldwide are expected to more than double from $1.9 trillion to over $4 trillion.

So as eCommerce sales continue to boom, what trends do we expect to see in the coming year for the digital fashion industry?

For years, female fashion has dominated our shops, adverts, and websites. However, a gradual yet significant shift in our society has changed this, increasing male interested in fashion. In fact, the men’s UK clothing market grew by 22% from 2011 to 2015. And this interest is not likely to stop any time soon.

According to IbisWorld, between 2015 and 2020 online menswear sales will see an annual average growth of 14.2% in the UK. This year, there are two major factors that will help to drive this growth; athleisure wear and a shift in designer focus.

Athleisure wear is casual clothing designed for both exercise and everyday wear, reflecting a consumer desire for greater casualisation combined with a growing active lifestyle, particularly among younger adults. In 2016, athletic wear sales grew by 8-8.5%.

Rather than regarding menswear as a second offering to womenswear, designers are also increasingly putting greater thought and budget into their menswear collection. This, combined with a growth in athleisure, will continue to boost men’s online fashion sales into 2017.

In today’s online fashion world, competition is fiercer than ever, giving consumers far greater power to demand only the very best customer service. If brands want to thrive, and even survive, they have to provide this A-class service. This is where we expect instant messaging (IM) to come into play.

The growth of mobile has driven a rise in messaging apps and savvy retailers are increasingly turning to such apps to engage with their customers. Earlier this year, WhatsApp began testing a system that allows businesses to use its app to talk to their customers for a fee. Facebook’s ‘Business for Messenger’ program similarly allows brands to communicate with their customers, letting them know their purchase status, for example. Soon, retailers will also be able to store previous customer interaction data so agents do not have to repeatedly ask the customer for information.

This trend is still very much in its early stages. However, as this tech develops, expect to see more and more fashion retailers turning to IM to improve customer service and build trust between their brand and customers.

The way we interact with content online has changed drastically in the past 10 years, shifting from text to visual. In the US, approximately 96% of fashion brands now have an Instagram presence, tapping into our heightened engagement with imagery.

This shift, however, is not slowing. In fact, it is set to grow and expand into new areas, one strand being visual search. A visual search engine works identically to the typical search engine we know today, but rather than inputting words to search for information, you input images, typically via mobile. The search results are then provided in a visual display.

Pinterest spent many years creating Lens, its visual search engine. In 2014, Amazon also introduced the same to its mobile app, and Google has a visual search option with its ‘Images’ platform. As consumers continue to demand visual offerings, it’s only a matter of time until the visual search is used by the digital fashion industry worldwide.

Delivery Drones to Take Off (Soon!)

Over the past few years, the conversation about delivery drones has become louder, fuelled by the likes of Amazon’s Prime Air and Google’s Project Wing. Although it may still be a while until it reaches the mass market, there are increasingly positive signs that it will happen.

In July 2016, Amazon made a huge breakthrough by being granted permission by the British government to test the drones when they are out of sight from operators – the first time in history. Dave Vos, the head of Google’s Project Wing program, has – perhaps ambitiously – claimed that their delivery drones will be ready to launch by 2017.

Aside from uncluttering our roads and improving delivery times, these drones could also cut delivery costs for the customer. A report by ARK Invest showed that Prime Air could cost Amazon only 88 cents per delivery. So if Amazon charged their customers only $1 for delivery, they could offer significantly cheaper same-day delivery whilst still earning a 50% ROI in drone infrastructure. If regulations and laws are relaxed, 2017 may well be the breakthrough year for delivery drones.

So there you have it – our 4 major predictions for the digital fashion industry. As always, the digital world is on the move but if these predictions show us anything, it is that the online fashion market is set to continue its great growth, despite the huge change and challenges it continues to face today.

To find out more about the latest digital news and info, take a look at our Resources section below: