A Perfect Match Made Based on Credit Points on Dating Websites 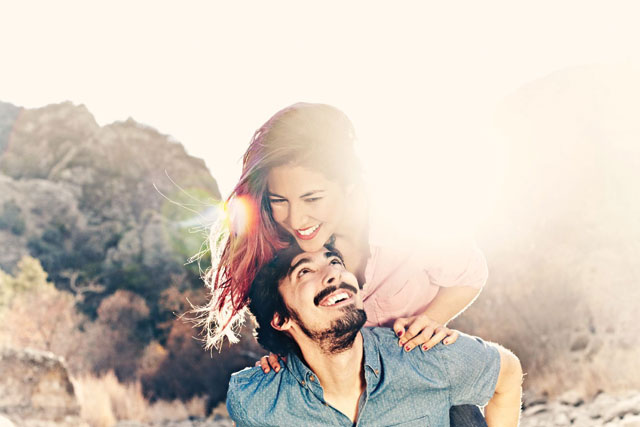 In the era of technology, we can see that there are lesser people who get along, see each other and on the long run get hitched if everything was at the right place. Things are changing around us; there was a time when people used to date their high school friends or someone who has come around for a long time. Now we can see that it is not the case anymore if anyone wants to date, there is no need them to wait for the right moment.

The person who is willing to date just has to possess an access to the internet and a device; it can be a smartphone or a laptop. There are millions of dating websites and mobile applications which the people can use to find a date for them. Most of the people from this generation have started to search for a perfect match to date with the dating websites or mobile applications as well.

One of the most obvious things which the people who are in search of their significant other tend to do is, go by the looks. It is an important factor in the fast moving world that appearance does matter to some extent. There are hundreds of applications and they have set the options to swipe right or left. That is how most of the users who are using the dating apps will do; they go by the appearance than what kind of a person they are.

At present we can see that the things have changed, a mere swiping right or left alone is not going to be of great help to find a match. There are a few hundreds of people out there who say that looks and personality are really not enough to find a perfect match through a dating site. It is said that the person who is trying to find a match should have good credit scores; based upon the scores they will be matched.

There was a survey taken what are the turnoffs which make the users turn down a potential date. We need to think about the factors which will have the attention of the person who is going through one’s profile. A bad credit score is a huge turn off for anyone who is trying to find a potential date. So, there is a need for the person to maintain a good credit score for them to be able to find an appropriate match for themselves.

It is fact that that, people would tend to like to people who are more responsible rather than the ones which are carefree. The Generation Y is more towards this kind of approach and they want things to be of a liable kind than a false one. Apart from that relationship experts state that the youngsters from this generation do find difficulty in having a job post their college.

The credit score seems to be a potential source for the dating sites to analyze about the people. On the flip side, it is said that these credit scores do have their own share of glitches and this is something which goes unnoticed. There are a few cases which are reasonable and acceptable to create a potential match for that person. If the person possesses a debt and it is being invested for a productive cause, it would be an exceptional case.

A connection between the credit score and finding a perfect match through a dating website has led to the creation of a website called as creditscoredating.com. This particular site has been designed in such a way that it will allow the user to enter the credit score points. There is a drawback to this; a user can enter a score which they feel that it suits best.

When the user is entering false information, there is no need for them to be honest. All they need to have is a person being matched up with them, which is the end result which they would like to have at the end of the day. On the flip side, the site states that the analytics and matched which they fetch are accurate up to 92 percent.

The CEO of the side stated that the matching of the potential partners is made upon the information which is provided to them. If the information is from a genuine source and is genuine enough then the match which is being made has an accuracy of 92 percent. One of the users feels that rating a profile and matching up based upon the credit score doesn’t seem to right.

It is a fact that a credit score alone is not going to be of a great help to find the right person to date. There are certain factors which need to be considered when a user is being matched with another potential user. But, it is said that the method which the website has a success rate of long term relationships at 86 to 89 percent. It is not only the long term relationships which the users get along with but they go far to the extent of getting hitched as well.

The facts and figures of the credit score do help us to some extent to find a perfect match for oneself. On the long run, it is not only the scores which the person possesses, there is a lot more to have a relationship which would hold on. When we like someone there are a lot of things which we get along with, there are a lot of emotions, likes, and dislikes which they share.

A relationship is build based on the feelings one has for the other, apart from that there are trust and understanding too. The people from the Generation Y are more subjected to be surrounded by the technology and the dating sites and apps. It is not going to be hard for them to let go and move on. We can see that, they do not stay in a relationship for too long, they get along and when things don’t seem to fall into the right place.

Millennials find it a lot easier to move out of a relationship, it takes time for them to get really involved in a relationship which would last long a lifetime. The main reason behind this kind of outcome is because that they feel the pressure for the conventional way getting married, the moment they find someone. It takes a lot for them to build the trust and understanding in a relationship and is not yet ready to straight away jump into a nuptial knot.

Most of the youngsters do not really give heed to the fact that there is a requirement for the credit scores. They are very well aware of the fact that there are other factors which are the building blocks of any relationship. Credit scores are just a help for them to find a match, it the time and interest which they show towards the match which will take them to the next level of the relationship. Credit score might be a winning coin to find a match, but not the one which will be helping one to hold on to a blooming relationship, it takes two people commitment.