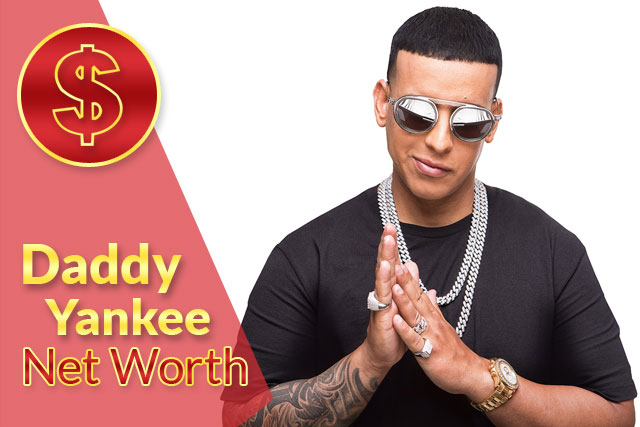 Ramon Luis Ayala Rodriguez is known professionally as Daddy Yankee, is a Puerto Rican singer, rapper, songwriter, actor, and record producer. Daddy Yankee earned his name by introducing a new music genre from the word “Reggaeton” in 1994. The latest music genre evolved from Puerto Rico, which synthesized hip-hop and reggae rhythms with Spanish rapping and singing.

Daddy Yankee is known as “King of Reggaeton.” He started his career in 1992 and still influences the audience with his super hit like “Gasolina,” which made a record as single and gained fame internationally. Daddy Yankee’s album “Barrio Fino” became the top-selling Latin music album between 2000–2009.

After “Macarena” in 1996, “Despacito” became the first Spanish language song to hit number one on the Billboard Hot 100. He released “Despacito” with the help of Latin singer Luis Fonsi in 2017. The video for “Despacito” gained billions of views on YouTube.

Daddy Yankee was born in San Juan on February 3, 1977. Daddy is the son of Ramon Ayala and Rosa Rodriguez. His father was a salsa performer, and his mother belongs to a musician family. So from childhood, he was interested in music and started singing and rapping from the age of 13.

Nomar Ayala and Malvina Ayala are Daddy Yankee’s brothers, and also they belong to the music field. He got an associate’s degree in accounting in 1998 to help him better operate the music business.

Daddy was a player of baseball. But he was shot with a round of bullets with the gun, so he could not pursue his career as a baseball player. It took nearly one and half years to recover from the wound; meanwhile, he focused on a music career. At that time, he had a collaboration with Playero.

He performed as a featured artist in a mixtape, “Playero 37”, in 1992. In 1995, Yankee released his debut mixtape as a solo rapper with the help of Playero. The “No Mercy” under the label “White Lion Records and BM Records” was a moderate success in 1995. But “No Mercy was banned by politicians as the album contained rebel lyrics.

At that time, Vico C was his inspiration. In 1997, Daddy Yankee released “El Cartel,” an independent album. Then, he collaborated with a famous rapper called Nas in a single “The Profecy” in the same year.

After that, he released another successful album, “El Cartel II. Both of those independent albums were famous in Puerto Rico but failed to impress Latin America.

He earned more recognition with his studio album called “El Cangri.com from Urban music fans. The second studio album was released in 2002 by him about religion, corruption, and terrorism. The main single of the album “Latigazo” brought Daddy Yankee to the international scene.

In 2000, Daddy Yankee formed a duo called “Los Canaris” with Nicky Jam and released several successful singles together. But they fell apart in 2004 due to personal issues and creative differences. In 2012 they reunion again and perform many concerts together.

In 2004, he released ‘Barrio Fino.’ He wrote the lyrics and was also credited as a producer. He was the second person who signed a record deal with Interscope in 2005, after Jimmy Iovine.

On October 29, 2013, His next album ‘King Daddy’ covered several European and American cities. In 2017, with the collaboration of Latin pop singer Luis Fonsi, he produced the hit single ‘Despacito,’ which was again a super hit.

In 2004, he entered the mainstream market by releasing his third studio album, ‘Barrio Fino.’ He co-wrote the lyrics of movie songs. He had also credited as executive producer. Daddy Yankee acted in the lead role of the film ‘Talento De Barrio’ and released its soundtrack album in 2008.

Ayala played the leading role, “Edgar Dinero,” in Talento de Barrio, filmed in Puerto Rico and directed by Jose Ivan Santiago. Talento de Barrio broke the record for the most tickets to a Puerto Rican movie sold in a single day in Caribbean Cinemas.

Daddy Yankee believes that personal life is like a treasure, so he shared very few things from his personal life. He married Mireddys González at the age of seventeen in 1994. They have three children: Jesaaelys Marie, Yamilette Rodriguez, and Jeremy Ayala Gonzalez. 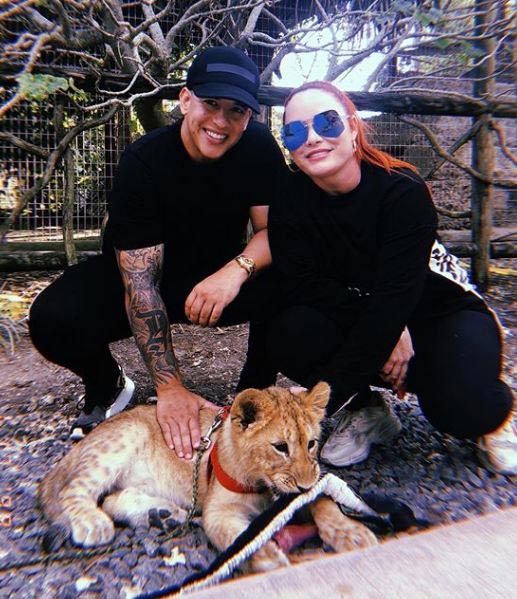 He rarely discusses his family. He described in an interview that it was a challenging experience to be a father at a very young age.

Daddy Yankee has had many awards in his career since his debut and gains international fame from his critics and fans. As of 2017, he has won nearly 80 plus awards. He received a Puerto Rican Walk of Fame Star and the Presencia Latina at Harvard University. He was named “Most Influential Hispanic Artist” of 2009 by CNN.

In 2017, he also won the American Music Award for Favorite Artist Latin. The Latin Grammy Award for Record of the Year for “Despacito” in 2017. He won many more awards for his excellence in the field of music. Daddy Yankee participated in a campaign to promote voting titled “Vota o quedate callado” (Vote or Remain Silent)

Daddy Yankee has earned his name in music, and he said in his interview that he thanks God for the wound. He said, “Getting an education is an advantage you have.” His rules for success are “be proud of who you are” and” seize opportunities.” Daddy Yankee’s current net worth is nearly $40 million.

Despite having many issues in his career, Daddy Yankee did not back up. He utilized his recovery period after getting wound and focus his career, and with the time, known as” King of Reggaeton.”

Before1990, Reggaeton had no such value, but Daddy helped to establish the genre to the mainstream market. He is a successful rapper and millionaire. His music works brought him to the spotlight and received many prestigious awards.

How Do Installment Loans Work? A Helpful Guide for Businesses