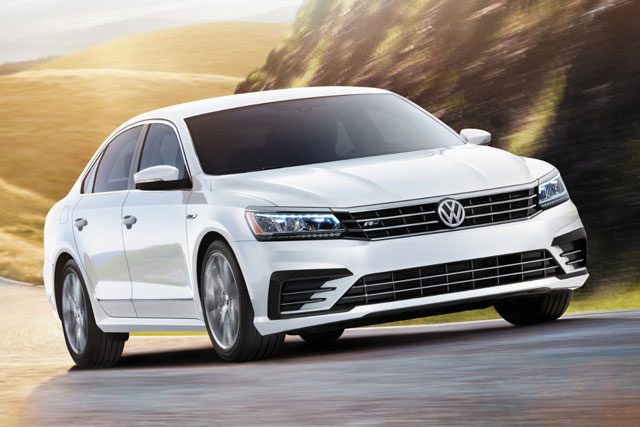 Choose a VW for Your Next Car

When it comes to buying a car, things have changed considerably. Depending on your price range, in the past you may only have had a couple of potential options, however, these days, there’s a massive range, regardless of what you have to spend.

A lot of this comes down to the rise of quality cars from all around the world and not just those which are built on home shores. So, how on Earth do you decide which is the right car for you?

Since the Volkswagen Emissions Scandal back in 2015, it would be understandable as to why VW might not be your first thought.

However, there are lots of reasons why they are still fantastic cars to own, so here are three of the biggest.

Some car manufacturers are lucky enough to develop one model in particular which really takes off and becomes an iconic vehicle. Consider the original Ford Mustang, Aston Martin DB5 or an Audi Quattro.All cars which likely are the first to come to mind when you consider their manufacturers.

VW not only boasts a number of iconic vehicles but has also continued to update and reimagine them as the years progress.

The VW Golf GTI is the perfect example of this. The original MK1, released in 1979 is widely acknowledged as a breakthrough success for the hot hatch category. Its popularity is shown clearly in this list of the best hot hatches of all time from the Telegraph, in which the GTI is ranked no.1.

There is also the classic VW Camper Van, which has become the go-to vehicle for anyone embarking on a long journey. While it isn’t the most spacious, the quickest or the most efficient, its charm seemingly knows no bounds.

VW have continued to make the Camper Van appealing to modern buyers too. Take a look at this from Fortune which discusses the brand new model that is battery powered.

VW has never really been a manufacturer that develops budget vehicles, instead they ensure all of their vehicles are of the highest quality.

Because of this, recent projects have been committed to developing high quality hybrid and electric models.

Take a look at this article from CNN which looks at the recently unveiled VW I.D. at the Paris Motor Show. This new electric car is expected to outperform the likes of similar Tesla and Chevrolet models for performance and range as well as being cheaper than both as well.

They expect it to be able to cover 375 miles on a single charge, which would really push the boundaries of current electric models.

As mentioned in the previous point, Volkswagen very much dedicates its time to ensuring that each car is of the highest quality possible.

This is something which can be seen in the reliability of its models. This is particularly clear when damaged VW cars are repaired with aftermarket parts.

We spoke to VW Motor Parts who explained that:“When owners find a fault with their car, they sometimes make the mistake of going to their local garage, who replace faulty parts with aftermarket parts.

“These aren’t always of the same quality and reliability of genuine parts, because they haven’t been produced in the same factories as the actual car.”

Clearly, this shows the difference in quality and therefore reliability of VW engineering. This is also shown in this article from Auto Express which lists the most reliable used cars on the market today. The list includes both the VW Golf, Passat and up!

7 Things To Keep In Mind When You Take Your Dog...