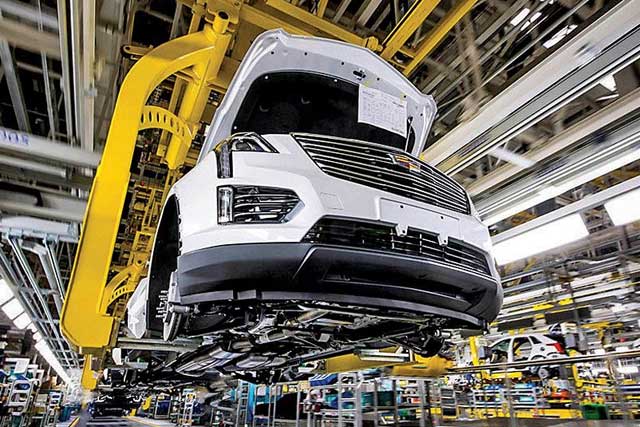 SHANGHAI — Elvis Presley is not lost on the Chinese.

It is a message the brand hopes hits home with China’s uninitiated, yet ever status-conscious customer base: People who own, or are at least chauffeured in, a Cadillac are part of an elite 115-year-old club.

“Cadillac is associated with historical figures like U.S. presidents,” declares 40-year-old customer He Zhenyu, an e-commerce executive who was among the first in China to snap up Cadillac’s new CT6 flagship sedan last year. “Cadillac represents my individuality. The culture is the deal sealer.”

That Chinese shoppers buy into Cadillac’s heritage is one of many things going right for the U.S. luxury brand in the world’s biggest market.

Cadillac sales are booming; its average customer age is a sprightly 30 years; the premium segment in general is poised to explode; and thanks to an assembly plant that opened just last year, Cadillac is now flush with local capacity to feed the growing market.

General Motors is deftly repeating its success in restoring Buick a few years ago: Take a long-in-the-tooth brand that is losing relevance in the U.S. and give it new life halfway around the world by leveraging its heritage. Today in China, locals still respect Buick as the brand of choice for the country’s first president, Sun Yat-sen, as well as China’s last emperor, Pu Yi. China is now Buick’s biggest market.

Cadillac Chief Marketing Officer Uwe Ellinghaus believes the same will happen with Cadillac over the next five years.

It is already trending that way. Cadillac sold more cars in China than in the U.S. last December. And China sales surged 90 percent in the first quarter of 2017 to about 39,400 vehicles, GM says.

A critical piece of the China breakout plan fell into place last year when GM opened a plant in Shanghai dedicated to churning out Caddys.

GM’s second-newest assembly plant worldwide, the Cadillac factory showcases the company’s most modern production engineering. Robots rule, with zero human welding in the body shop and parts being shuttled between sparsely populated workstations by a fleet of automated vehicles.

The factory makes the CT6, CT6 Plug-In, XT5 crossover and Buick GL8 MPV. It began exporting the CT6 Plug-In to the United States this year, but the other products all go to Chinese showrooms.

By localizing production, Cadillac can duck China’s 25 percent import tariff — an absolute precondition for taking on the Germans. Known collectively in China as ABB, short for Audi, Benz and BMW, the Germans scooped up early market share by beating Cadillac to China with local factories.

Paul Buetow, GM’s executive director for manufacturing in China, said the Shanghai plant marks a turning point in what could soon be Cadillac’s biggest profit center.

“It was absolutely critical,” Buetow said of GM’s decision to go local with Cadillac. “We can make mistakes in smaller markets, but if we make mistakes here, it’s a big issue.” The stakes are high due to the Chinese market’s incredible size and burgeoning wealth.

The market in China could play to Cadillac’s favor for a long time.

The luxury segment accounts for around 9 percent of the Chinese auto market, said Andreas Schaaf, general director for Cadillac in China. But the luxury segment is expected to expand to as much as 15 percent — on par with U.S. penetration — in the next 10 years.

Between 2020 and 2025, annual luxury-segment sales in China could top 4 million vehicles, from nearly 600,000 now. In the next three years, Cadillac plans to open 100 dealerships to position itself for the growth, on top of the 180 it already has.

Demographic trends are fanning the optimism.

Cadillac’s average customer in China is 30 years old; the average U.S. customer is over 50. And about 40 percent of Cadillac buyers are first-time car owners, Schaaf said.

Cadillac’s China sales surged in 2016, thanks to the launch of two models, the CT6 flagship sedan and the XT5 midsize crossover. With no new nameplates planned for 2017 except the CT6 Plug-In derivative, Cadillac isn’t expecting a repeat performance, Schaaf said. But its sales are still expected to notch an impressive double-digit percentage increase in China this year as the brand rides the rising tide of overall luxury-segment sales, he said.

“We are on the path to get the brand up to the top in China,” said Schaaf, who, like Ellinghaus, came to Cadillac after working at rival BMW. “We have the top three Germans in mind.”

GM built in plenty of room for expansion at the new Cadillac factory. It is operating at about half of its annual capacity of 160,000 units. Buetow says it will reach full output in two years.

While chasing the prestige of the Germans, Cadillac faces the balancing act of standing out as something different but equal, says James Chao, an auto analyst at IHS Markit.

“In China, they might be behind, but they are quickly catching up. The Chinese consumer wants to stand out among luxury buyers, and Cadillac offers a way to do that,” Chao said. “But are they competing from a brand standpoint with the Germans? It’s a question mark.”

With plenty of young, first-time buyers, Cadillac hopes its heritage message makes a lasting first impression. At Shanghai Brilliance Hutong, it clearly has.

Siren Zhou, a 28-year-old English teacher, got her white long-wheelbase ATS sedan last year as a wedding present from her father. It beats her old Volkswagen Polo hands down, she says.

Her friends are impressed, she says. They see it on par with those prized ABB nameplates. And when it’s time to buy her next car, Zhou has already decided what it will be: an XT5 crossover.