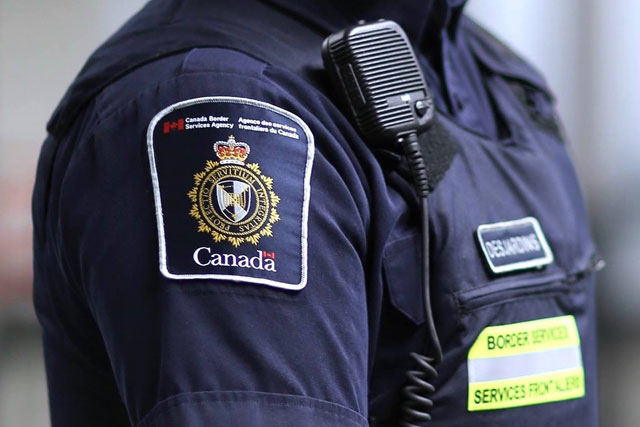 Canada is a huge nation with massive, beautiful, and often underpopulated landscapes. While that is always good news in terms of preserving the nation’s natural beauty and ecosystem, it presents a few very specific border security issues, typical to Canada alone. Taking a closer look at these problems should acquaint us with the underlying origins. That, in turn, should be able to help in finding practical, feasible solutions to the current border security issues that Canada is facing at this point of time.

Some of the original issues with border security are as old as the North American continent itself, being geographical in origin, while others are more recent and threatening in nature. Of course, everything is related either directly or indirectly, but unless we lay them out, it’s a difficult proposition to even understand.

Regions in the extreme north of Canada are largely uninhabited, and even the few pockets of the population there are far and few between. This makes keeping a tight watch on those borders a very difficult task for the border security forces. On top of that, maritime border security is not up to the standard that it should be for Canadian borders because of geographical limitations rather than anything else.

With so many unpopulated, deserted, and underpopulated islands serving as maritime borders at the western and southern extremes of Canada, keeping the vast borders under constant surveillance is a different topographical challenge altogether.

The formations themselves are as old as the continent itself, and the islands were even less populated before than they are today. So, this brings us to the obvious question; why are the western and southern Canadian borders suddenly feeling so insecure? As one should be able to guess easily, this tension is fairly recent and originates from the worsening international relationships between Canada and United States. There are in total, twelve US states that face the southern borders of Canada, and the huge US state of Alaska lies to the nation’s west. Although these geographical locations did not pose any threat to Canada previously, the borders do require immediate attention now.

The problem originates from the fact that what was one of the closest international alliances in between two neighbouring nations even just a few years ago is not quite as warm these days, which started when a series of new Trump Tariffs on Canadian steel and aluminum were rejected openly by Prime Minister Trudeau.

More interestingly, and often forgotten amidst the more popular border disputes, there is still border tension in between Canada and Denmark regarding maritime territories. Not all of them are profound enough to be mentioned, and many have been resolved over the years, but the Hans Island controversy remains active to date.

Hans Island is a tiny (1.3 sq. km.), uninhabited island on the Nares Strait, completely barren and of no real consequence to either party from an economic or strategic point of view. However, it has created a point of dispute between Denmark and Canada. Both Greenland (as an autonomous territory of Denmark) and Canada claims ownership of the island and despite several attempts at reaching a conclusive definition that would end the dispute, none has been reached so far.

Even though tensions may not be as high right now, occasional sparks are not unheard of either near the island. A very well-known event in recent history was that of two Canadian battleships by the name of HMCS Shawinigan and HMCS Glace Bay visiting Hansisland and its nearby territories in 2005, after reports of military action from the other party began mounting. Both nations have defined the process of coming to a resolution regarding border territories shared between them as “ongoing” since 2009.

Concerns Regarding Smuggling and Human Trafficking

According to the PSC (Public Safety Canada), smuggling, illegal drugs trade, human trafficking, and several other aspects of organized crime near the Canadian borderlines have been bolstered as a result of neglect from the Canadian government. They cited reasons such as ever the growing rates of health insurance and severe reduction of social benefits to be the primary reasons behind increased smuggling activities close to the Canadian borders. However things may appear to be, the border security forces of Canada are facing serious threats to national security, on account of major criminal organizations.

These criminal organizations have been linked to smuggling illegal immigrants into Canada, alongside engaging in acts of smuggling illegal narcotics, guns, explosives, incendiaries, counterfeit Canadian dollars, fake products, and stolen goods of all nature. Most of their illegal migrants are gang members who engage actively in furthering the net of their illegal trade, all across Canada. Part of their jobs after getting in include growing illegal drugs on Canadian soil, kidnapping and smuggling people for the vile purposes of human trafficking, stealing and smuggling motor vehicles, and actively facilitating the smuggling business through the key border points.

The illegal cocaine business is growing with such rapidity in Canada that in 2019, the nation topped a chart for having the most active cocaine users in any country. Although marijuana is now completely legal in Canada, illegal sources have not all been identified and ceased to date. This is a task that will prove to be impossible unless Canada begins to gain more control over its geographical borders, as well as the people who are living near those borders.

The task of controlling the marijuana trade also has another aspect to it; something that has put the Canada Border Services Agency (CBSA) under some serious pressure. It’s the conflict between the legalization of recreational marijuana in Canada and its illegal status in all nations that surround it. The issue is felt at two prominent fronts:

Setting aside the marijuana trade and the consequences of its legalization, if we had to identify a much more severe drug related problem that Canadians are facing, it would certainly have to do something with illegal imports of synthetic opioids by the names of carfentanil and fentanyl from China. Some of it does not really need to be smuggled in from China either, as local drugstores, hospitals, and other medical facilities do have licensed and regulated variants of these drugs available as well. Medical facilities in every nation have the drugs, but they are being stolen at an alarmingly high rate in Canada recently.

What makes these synthetic opioids particularly problematic is that when these are combined with already dangerous and potentially lethal narcotics such as MDMA or heroin, they raise the regular drug’s potency to get users high quite significantly. What it means is that even a regular user will easily end up taking a lethal dose of the stuff if they were to use the same amount they always did before with heroin or MDMA. Given that hard addicts hardly ever have enough thinking power left in them to see past the will to get even more high, such occurrences have become far too frequent in Canada today.

The Maclean’s Law is a Serious Problem to Deal with

In accordance with the ancient Maclean’s Law, the RCMP cannot check any package that is being delivered by the national postage service. Taking advantage of the same, addicts and many local organized crime units frequently order anything that they need from outside the nation, via the dark web. Carfentanil and fentanyl, in particular, are being delivered by the Canada Post regularly from outside the country. Furthermore, the national postage service is also being used to deliver these illegal substances to specific dealers, chemists, and customers.

As mentioned in this post about building careers within the Canada Border Services Agency (CBSA), a deep understanding of the Canadian legislation, international relations, and the internal infrastructure is necessary to strategize and then propose new policies that can have a better chance at solving the many issues plaguing Canadian border security and internal national security today. The archaic laws must be changed if the border security officials are to gain back control over smuggling and other forms of illegal imports and exports, in and out of Canada.

Finally, there are the refugees and asylum seekers to deal with, and technically they are very difficult to deal with, especially under the present circumstances. As per official reports, 55,035 people on average are now claiming asylum in Canada per year, as of 2018. This massive increase from just 18,253 refugees/year in 2016 is too high to deal with efficiently and is a direct result of tightened immigration policies in the US.