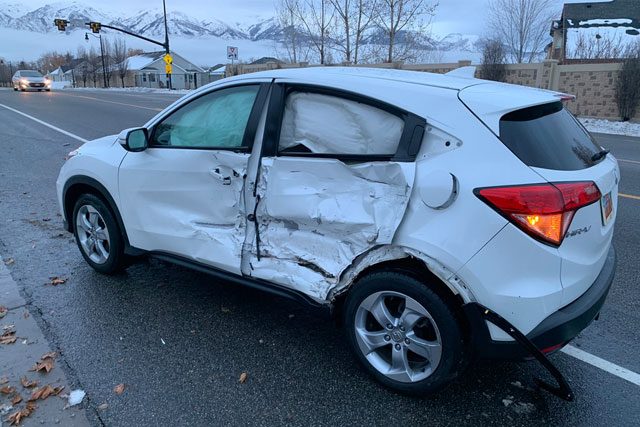 Whoever is familiar with these internet challenges, they must know that every challenge is not doable. Some challenges are made just to create the hype of the movie or song, and some challenges are simply dumb. But we all do it. No matter how badly we get affected by it.

This fits 100% on the current bird box challenge which is making waves around the internet. The latest addition to the injury list of this challenge is a 17-year-old teen that drive her car through a truck because she was blindfolded.

Bird Box Challenge while driving…predictable result. This happened on Monday as a result of the driver covering her eyes while driving on Layton Parkway. Luckily no injuries. pic.twitter.com/4DvYzrmDA2

Bird box is a movie which was recently released on the famous online movie website Netflix. In that movie, a mother is seen taking care of two young children by keeping them blindfolded and telling them about the horrendous effects they might face if they remove their blindfolds.

According to the flick, an unseen entity attacks anyone who has not their eyes covered and forces them to kill themselves by showing their deepest fears to them. This horror flick starts the famous and legendary actress Sandra Bullock.

No one really knows how this challenge started, but the earlier around the release of the movie, Netflix themselves tweeted about the side effects of the challenge. “Can’t believe I have to say this, but: PLEASE DO NOT HURT YOURSELVES WITH THIS BIRD BOX CHALLENGE,” the company tweeted on Jan. 2

Can’t believe I have to say this, but: PLEASE DO NOT HURT YOURSELVES WITH THIS BIRD BOX CHALLENGE. We don’t know how this started, and we appreciate the love, but Boy and Girl have just one wish for 2019 and it is that you not end up in the hospital due to memes.

This latest attempt was made by a 17-year-old teenager who was driving with another 16 years old. She was driving her Honda HR-V and attempted the challenge to blindfold herself and continue to drive only to get crashed into another truck.

The police report that the truck bumper got damages from the passenger side while the Honda HR-V whole driver’s side was badly smashed. Even their airbags can be seen deployed which depicts the intensity of the crash.

Although there were no serious injuries, this could have resulted in much worse scenarios. Lucky for the girl. The internet is flowing with such attempts and police is become very cautious about these challenges. In these challenges, people are seen attempting to do their everyday life chores while being blindfolded.

Before you attempt the #BirdBoxChallenge watch this (and wait to the end!). pic.twitter.com/HcDJXHGdrw

Someone needs to stop this otherwise serious consequences will happen.

7 Ways to Plan A Bright Future For Your Child