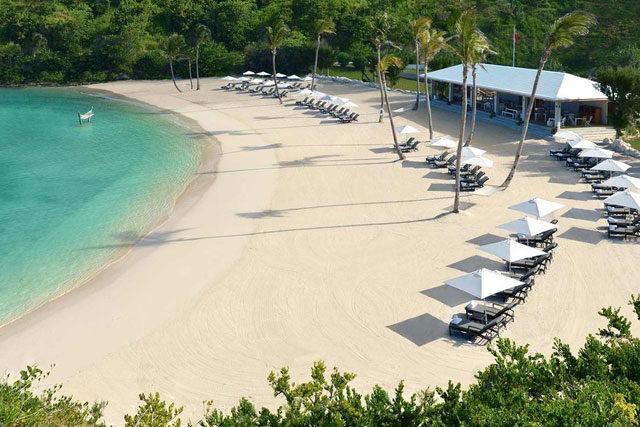 Putting together our annual list of the best places to travel is a process that takes several months—we survey writers based around the world, talk to our A-List travel specialists, and look at the most exciting hotel and restaurant openings. While news and global events have a large impact on the places we choose, we also pay attention to cities that are worth revisiting: Philadelphia, in particular, may surprise you with the amount of growth and development it has seen in recent months. North America made a strong showing on this year’s list—more than a quarter of these places are within reach for a long-weekend trip from the United States.

We know that people will travel far and wide for incredible food and drink, which is why that was a key factor in our decision-making. In 2017, you’ll want to head to Jerusalem for its exciting Levantine food, Oslo for its coffee culture, Belgrade for craft beer, and Valle de Guadalupe for coveted Mexican wines.

While beach vacations are timeless—you truly don’t need much more than a comfortable resort, warm waters, and a good book to read—tack on a bit more time if you’re visiting these places: Tofino, in British Columbia, has a wild food scene; Honolulu will host its first art biennial this year, and Málaga has amazing hidden museums.

Technology and globalization can make the world feel small and thoroughly explored. But there are always places to discover—and rediscover—for yourself. Take a look at last year’s list for additional inspiration, and share your own picks with us on social media using #TLBestPlaces. Brazil’s visa waiver during the Olympics was a success for one big reason: it encouraged travel beyond the big cities. The tourism board hopes to bring back the waiver, and if you’re planning to take advantage, save time to visit Angra dos Reis, between Rio and São Paulo. This popular Brazilian vacation area is where cariocas go to escape the crowds. “It’s where many of the country’s elite have their beach villas,” says Martin Frankenberg of Matuete, who has access to several of these glamorous rentals. Big changes are coming to the region. In May, Brazilian chain Fasano will open a long-awaited 54-suite hotel in a complex that includes a marina, golf course, restaurants, and a spa. The design is striking, with elevated wooden buildings that look like they’re floating, all with open-air terraces and views of the forest and sea. And the government recently pledged $8 million to improve the infrastructure on Ilha Grande—an island that’s so popular that they’ve had to impose a daily limit on visitors. —Stephanie Wu Since the end of the Yugoslav wars, Belgrade has attracted steady investment—its graffiti-covered neighborhoods are now full of restaurants and bars. You’ll find hearty platters of ćevapi—smoky sausages without casing—and stuffed somborka peppers at Sokače, paprika-laden kebabs at Tri Šešira, and pan-Latin tapas at Toro. But the biggest draw is the growing craft-beer scene (the city has 37 breweries). Don’t miss the Kabinet Supernova IPA at Prohibicija in the bar-filled Savamala district, as well as Kas’s full-bodied pale ales and Salto’s IPA at Bajloni, set in a 100-year-old brewery space in Cetinjska. —Govind Dhar After being hit hard by the financial crisis, Bermuda is shaking itself out of stagnation and attracting a new generation of travelers. In 2014, the island won a bid to host the 35th America’s Cup, the high-profile international sailing race, which takes place this June. The promise of a flood of wealthy visitors—and a loosening of restrictions on foreign investment—has sparked a spate of development. The big news is the $100 million overhaul of the Hamilton Princess & Beach Club, the island’s 132-year-old grande dame, whose revamped rooms have a fresh, contemporary look. The hotel has also added a stellar art collection, a spa, and a restaurant serving locally sourced fare from James Beard Award-winning chef Marcus Samuelsson. Elsewhere on the island, a St. Regis, a lavish Ritz-Carlton Reserve, and the Ariel Sands resort (backed by actors Michael Douglas and Catherine Zeta-Jones) are in the works. —Paola Singer Beyond its iconic mountain backdrop and cinematic beaches, Cape Town has a compelling art and design scene, and it’s only going to get better when the Zeitz Museum of Contemporary African Art opens at the V&A Waterfront in 2017. The MOCAA—heralded as South Africa’s answer to the MoMA or the Tate Modern—will take over a soaring concrete building once used for grain storage. Atop the museum sits The Silo, a luxury hotel from the Royal Portfolio that’s set to open in March. Until then, visitors can fill the hours between gallery-hopping with a taste of the legendary local fare. The surrounding Cape Winelands—Stellenbosch, Constantia, and Franschhoek, among others—keep Cape Town’s residents well hydrated, while acclaimed restaurants like the Test Kitchen and its new sister spot the Shortmarket Club keep them well fed. —Mary Holland Devon is best known for cream teas and surf beaches, but a raft of openings are elevating the county’s image with rarefied takes on the rural experience. The elegant Lympstone Manor has been reimagined by eminent chef Michael Caines, who will reopen it in 2017 as a 21-room hotel and restaurant. Design lovers can soon overnight at the Secular Retreat, a strikingly minimal property inspired by ecclesiastical architecture and designed by Peter Zumthor. And on the coast, the Art Deco Burgh Island Hotel has another groundbreaking design in the works: a suite that bridges the vertiginous gap between two rocky outcrops. —Emily Mathieson