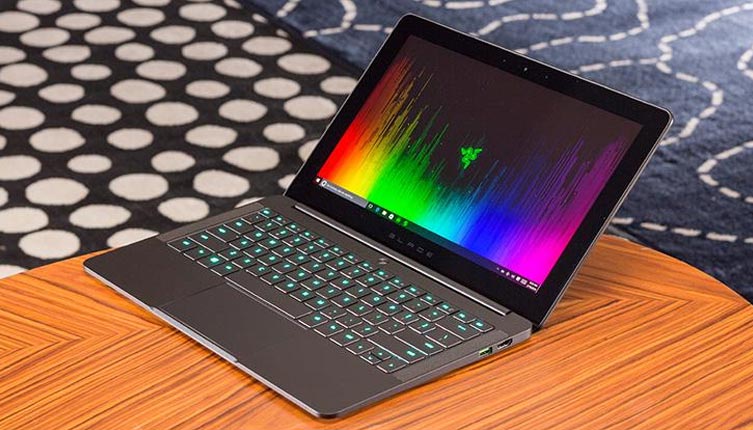 Best Gadgets 2016, the first and debatably most important consumer technology show of the year, is over. We’ve already gone over some of the weirdest technology from the show (and there was plenty to choose from), but now we’re going to list off the stuff from CES that actually got us excited about the future.

There are some mainstays of the show such as the Oculus Rift, the HTC Vive, and new ultra super definition massive televisions—but also a lot of new stuff that was a complete surprise. These are the 10 gadgets and pieces of new technology that stood out from the bunch for us:

Segways were already a little ridiculous, but now they have a robotic face on them—but hey, no CES is complete without some old fashioned robotics. This new product from Segway is somewhere between a personal assistant and a mode of transportation, which isn’t the craziest thing in the world when you think about it. Much of the potential behind such a product lies behind what developers will do with its open SDK. Here’s to hoping for a robot that isn’t a vacuum cleaner that could actually be useful around the house! This one is more a tech concept than anything else, but the idea of a modular television is admittedly an interesting one. Essentially, each of these pieces of the screens can be used independently, as well as move together and form screens in different aspect ratios. The really cool thing is that when they form together, it’s totally seamless—meaning you can’t see the lines between the individual pieces.

Trying to track what you’re eating for dieters is important, but it’s even more important for those with conditions like Diabetes. What this little gadget does is scan the chemical makeup of the food or drink at hand, analyzing whether or not it’s something you should eat given your dietary conditions. It can only do one piece of the food at a time and has to use a multi-step app to do the job, but it’s kind of astounding that it even works in the first place. Samsung is known for copying every one of Apple’s steps—and the Notebook 9 is no different. However, what Samsung has done here is take the whole “thin and light” laptop mentality and really run with it. Not only is the Notebook 9 incredibly thin, it also packs a punch, maxing out with an Intel Core i7 processor, 8GB of RAM, and 256GB of SSD storage. The only real disappointment is the 1080p display, which will have a hard time comparing to laptops like the MacBook Pro or Dell XPS. At the right price though (which is currently TBD), the Notebook 9 could be one of the big laptop standouts of 2016. Action cams are everywhere you look these days, but what Livestream has done with its new product Movi feels incredibly intuitive. This little 4K camera is meant to be used to capture live events as they happen, which is something people are wanting to do more and more these days. The Movi connects right to your iPhone and uses the corresponding app to let you edit up to 9 virtual cameras all on the fly. You can zoom, pan, cut, and even let the camera follow faces—all within the app. At just $399, the Movi feels like the next big step in livestreaming capabilities.

Making its big premiere at the show was a new company called Faraday Future. It showed off its new high-performance concept car, the FFZero1, which looks as close to the Batmobile as we’ve seen in an actual car. It’s fully electric, claims a 0-60 speed in less than three seconds, and can travel over 200mph. Even though the FFZero1 is just a concept car, we can’t help but eagerly anticipate what kind of car Faraday Future will actually be putting into mass production as soon as later this year. Gwyneth Paltrow is venturing far from her Goop blog