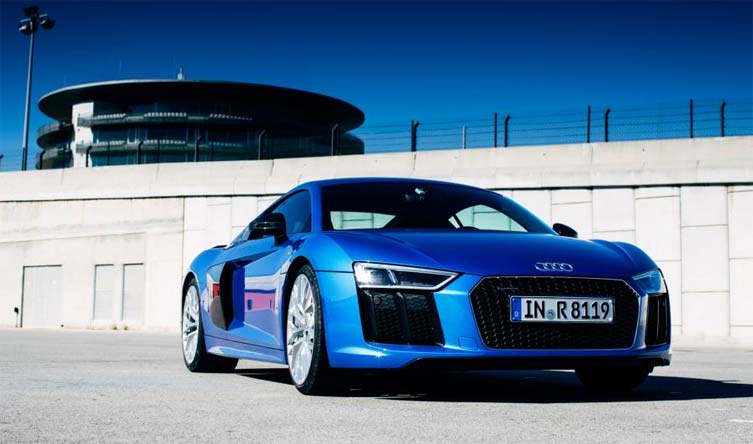 The original Audi R8 was one of the great surprises of the previous decade. From a company known for building fast but lifeless performance cars here was a genuine rival for the timeless Porsche 911. The second-generation model has an enormous amount to live up to, then, and the good news is it more than meets expectations. Some of the purity of the original’s styling has been lost to this new version’s angular aesthetic, but on the road it still looks suitably menacing. The cabin, meanwhile, is a triumph with an evocative seating position and high-quality materials.

The chassis retains the sense of lightness and immediacy that made the first R8 such a pleasure to drive and the Quattro four-wheel drive system finds massive traction without ever making the car feel leaden or lifeless. The normally aspirated V10 is one of the most thrilling performance car engines at any price point. ‘While other supercar manufacturers, including Porsche and Ferrari, swap out their normally-aspirated engines for downsized, turbocharged units, Audi is persisting with the high-revving V10. It’s a phenomenal engine; the beating heart of the R8. It is a pity that there’s no longer a manual gearbox option, although the twin-clutch S tronic is one of the fastest shifting gearboxes I’ve ever experienced.’– Dan Prosser, road test editor.

6 Types Of Bikes And Their Features