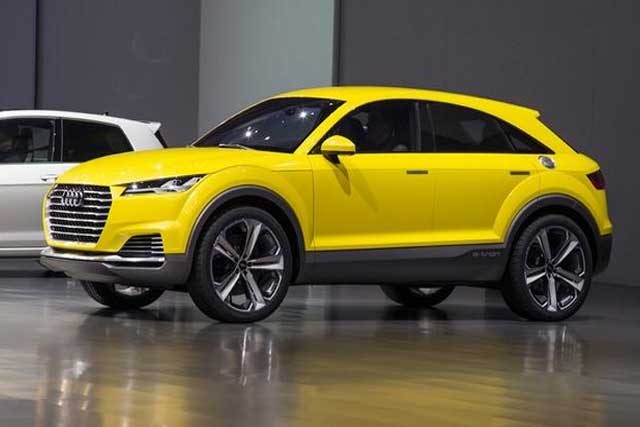 FRANKFURT — Audi outlined production plans for its upcoming Q8 and Q4 models as the Volkswagen Group premium brand accelerates its push into the booming SUV/crossover market.

The automaker will start production of the Q8, which will be its flagship, next year at VW Group’s factory in Bratislava, Slovakia.

Q4 production will start in 2019 at Audi’s factory in Gyor, Hungary.

The SUVs will increase Audi’s competitiveness “in an extremely important segment,” the automaker’s production chief, Hubert Waltl, said in a statement on Tuesday.

Audi is expanding its SUV/crossover lineup to seven models by 2019 from four now and expects that sales of such models could account for up to half of its total global volume, up from a third now.

The coupe-styled Q8 will join Audi‘s Q7 at the top of the Q lineup. The Q7 is already built-in Bratislava, alongside its platform siblings, the Bentley Bentayga, Porsche Cayenne, and VW Touareg, according to Automotive News Europe‘s European assembly plant map. VW also builds the VW Up, Seat Mii, and Skoda Citigo minicars at the factory.

The production model will be based on the Q8 Sport Concept, shown at the Detroit auto show in January. In a statement, Audi said the model “combines great spaciousness with emotive design and offers the latest technologies in assistance and infotainment systems.”

The Q4, which will also have coupe styling, will be a niche model positioned between the Q3 and Q5. It is expected to resemble the TT Offroad concept unveiled at the 2014 Beijing auto show.

Audi currently produces Audi A3 and TT models in Gyor. Production of the Q3 is due to move to the plant from Spain next year.