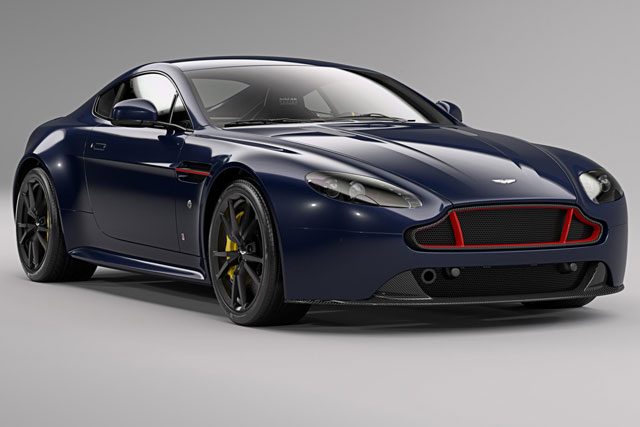 With this year’s F1 season a little over a month away, Aston Martin’s released a special Red Bull Racing Edition of its aging Vantage “equipped with a range of distinguishing features for the most devoted Formula One enthusiast”. Disappointingly, the “features” of which they speak do not include slicks, wings or a highly turbocharged V6. Instead, buyers get special Mariana Blue paintwork (Tungsten Silver or a satin finish blue are optional), a carbon grille with red detailing and yellow brake calipers. There’s also a carbon splitter, a diffuser, side strakes and interior trim inlays. The RBR logo is embroidered on the headrests, and buyers can opt to have their sill and final inspection plaques signed by either Daniel Ricciardo or Max Verstappen, who are said to have given the RBR Edition their “seal of approval”. Available as either a V8 or V12 S, the RBR Edition is the work of Aston’s in-house personalisation service ‘Q By Aston Martin’. Certainly far from the worst F1-inspired special edition we’ve seen. Thoughts?

10 Things Your Body Language Says About You