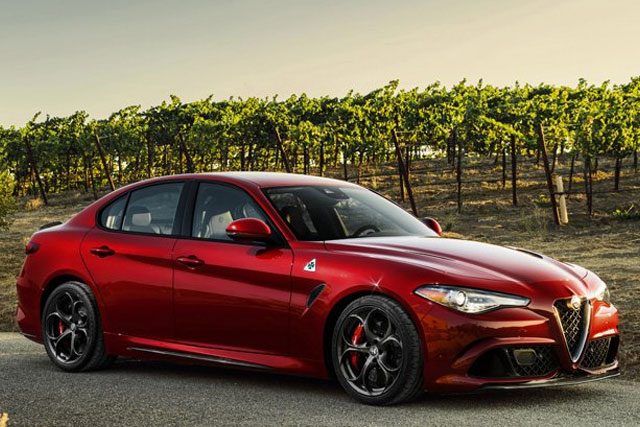 The Alfa Romeo Giulia is the latest addition to the tightly contested luxury compact car segment. The sedan has caused quite a stir in the automotive media, winning over the hearts of reviewers and taking award after award, but as is the case with most cars, not all experts have love for the Giulia.

The Giulia was first launched in European markets, meaning the European automotive press was the first to get its hands on the Giulia. Major publications laid praise upon the 505 horsepower Quadrifoglio Verde version, with Top Gear Magazine saying the “Giulia is great.  Full stop. End of.” It backed that sentiment up by naming it their Car of the Year for 2016 – which was to be one of many awards the Giulia Quadrifoglio received over the next few months. Since TG got its hands on the Giulia Quadrifoglio, the performance sedan has been deemed a Future Collectible by Hagerty, was rated a 5/5 stars by Car & Driver and beat its main rivals, the BMW M3, Mercedes-AMG C63 S and Cadillac ATS-V in a Motor Trend comparison test. Even former Top Gear host and current The Grand Tour presenter Jeremy Clarkson liked the new performance sedan, calling it “an absolute joy to drive.”

So what are some marks against the Giulia being pushed in the press? This won’t come as a surprise to anyone familiar with Alfa Romeo vehicles, but quality appears to be the biggest issue most reviewers have with it. The Sunday Times put the car on blast over its quality flaws after its car’s infotainment system froze (among other issues) and Consumer Reports’ 2.0-liter Giulia Ti has been back to the dealer for service three times since they bought it earlier this year. Jalopnik also encountered problems with its Giulia Quadrifoglio test car, with the website complaining of loosely fastened front seats, a buggy infotainment system and a squeaky dash. Car & Driver may have given the car five-star honors, but the magazine’s car shut off after a remote start on a number of occasions. Similarly, one of Motor Trend’s testers died in traffic and had to be towed away and a separate car stalled randomly during a photoshoot. It’s not all good news for the Alfa, evidently.

While there’s no excuse for lackluster quality on an expensive luxury vehicle like the Giulia, it’s important to keep in mind that this is an all-new car and many of the vehicles being tested by the media are early production run examples. We have our fingers crossed that Alfa will iron out some of the quality flaws mentioned here and will continue to bring a good fight to rivals such as BMW, Mercedes-Benz and Cadillac.

Tips To Pick The Good Quality Sofa For Your Living Room

How To Choose The Best CBD Product For Your Condition