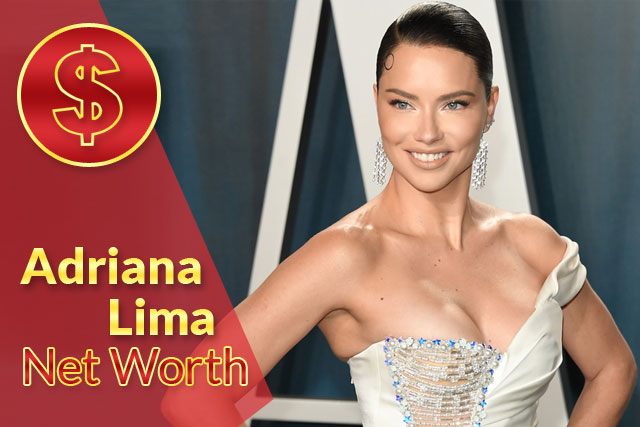 Adriana Francesca Lima is a supermodel and actress from Brazil, famous as ‘the longest Victoria’s Secret Angel.’ Adriana was born on June 12, 1981, and is 40 years old and. She entered into her first modeling contest at the age of 13 in her country, Brazil. At15, she became the runner-up to Ford’s “Supermodel of the world” competition.

She is well known for her Kia Motors and Superbowl commercials. She is also working as a spokesmodel for Maybelline Cosmetics.

The supermodel was born in Salvador, Bahia, Brazil on 12 June 1981 to parents Mariadas Graças Lima and Nelson Torres. Her mother was a social worker, and her father was a carpenter.

Unfortunately, her father left them when Adriana was six months old. So Lima was raised solely by her mother and kept her surname Lima.

As a child, she aspired to become a pediatrician or a nun and had never thought of entering the modeling world. But during her teen years, a friend convinced Lima to enter a modeling contest along with her. Both of them sent their photos to enter the competition, but Lima got the call.

At 15, she entered Ford’s”Supermodel of Brasil” and won the contest. She subsequently entered into Ford’s “Supermodel of the world” and came in a runner-up. After a year, She left Salvador and moved to New York to pursue a career in modeling. She signed with Elite Model Management in NYC.

She has been featured in covers of many more, including Vogue, Elle, Harper’s Bazaar, and GQ. Her first Vogue appearance was for Italian Vogue Gioiello in September 2000. The 2006 GQ issue became the highest-selling issue and remained as one of the magazine’s best.

She affiliated with GUESS and became a GUESS Girl in 2000 and starred in that year’s brand’s fall Ad campaign. In 2012, she was contracted by Turkish company Mavi jeans as a spokesmodel. The brand’s sales got so high that she was made the global face of MaviJeans.

She also became the first brand ambassador for Desigual, a Spanish fashion brand. She has also appeared for Ad campaigns for Vogue eyewear Marc Jacobs and Jason Wu.

Also, she took part in many campaigns of MiuMiu, Schutz resort, and a Maybelline X Puma collab.

Adriana is most famous for her work with Victoria’s Secret. She walked her first runway in 1999 and got contracted as a Victoria’s Secret Angel in 2000. She has appeared on all the shows ever since except 2009, which she missed due to her pregnancy.

In 2001, Lima made her acting debut in a short film, The Follow. She also starred as a guest in the CBS comedy show How I Met Your Mother in November 2007 in “The Yips” episode.

She played in a series, “The Crazy Ones” as herself along with her fellow Victoria’s Secret angels in 2003. In 2008, she appeared on the American TV series, Ugly Betty.

Lima appeared as a host on ‘American beauty stars,’ an American reality TV show. She also starred in a cameo role in the film Ocean’s eight in 2018.

In 2008 Lima’s SuperBowl XLVII secured the single most-watched Ad. More than 103 million viewers watched it. She became the only celebrity to appear in two commercials in a single Superbowl game.

Her Kia Motors Superbowl ad made the sales go to the highest- about 31% in January And 138% in February 2012. During SuperbowlXLVI, Forbes ranked her Teleflora commercial as one of the best. 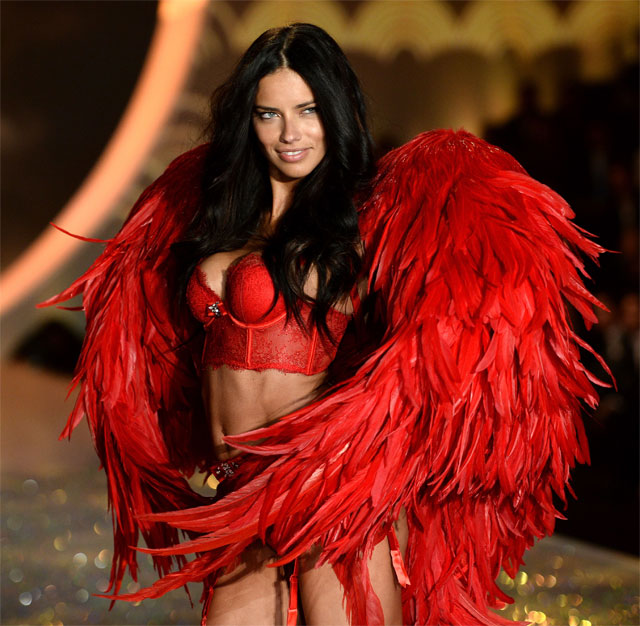 From 2001 to 2003, Lima was in a relationship with the singer, Lenny Kravitz. According to reports, they had moved in and got engaged in spring 2002. She was also featured in Lenny’s music video “Yesterday is gone.” A few months later, however, They called off the engagement.

In 2007, Adriana met a Serbian NBA player Marko Jarić through a friend. They got married in a ceremony at Jackson Hole in Wyoming on February 14, 2009.

Lima and Jarić have two daughters, Valentina and Sienna. In 2014, the pair decided to separate after five years of marriage. Their divorce was finalized in March 2016.

The model is currently residing in her Miami and New York apartments.

Lima is a follower of a vegetarian diet and a healthy lifestyle. She loves to exercise to keep fit. She often posts her workout stories on her Instagram page. She also loves cooking and DJing music at home.

Lima is a devoted Catholic and attends mass gatherings every Sunday. Once she stated that she would have preferred to become a nun if she was not a model. She is known for carrying a Bible with her backstage. She calls herself a spiritual being.

According to WealthyGorilla, Lima has an estimated net worth of $95 million as of 2022. She earns an average of $11 million per year. In 2012, Forbes ranked her the fourth highest-earning model. She also became the second and third highest-paid model in 2013 and 2014, respectively.

Lima enjoys a down-to-earth lifestyle. Currently, she is residing in her Miami, FL house located on Indian Creek Island. Despite being super-rich, Adriana does not have luxury, fancy cars. She spends on her vacations and travels along with her children.

Adriana is a philanthropist by heart. She loves to do charitable work and is currently helping an orphanage in Salvador named Caminhosda Luz. She buys food and clothes for the poor children of Salvador, her native land.

She also appeared in a Turkish show and needed all her prize money to leukemic children in Istanbul. She also supports American Foundation for AIDS Research and Leonardo DiCaprio Foundation.

Adriana Lima is a Brazilian supermodel, actress, and philanthropist. She was born and raised in Salvador, Brazil. But later, she moved to New York to pursue modeling.

She remained the longest Victoria’s, Secret Angel. She has ever since work with many fashion magazines and fashion brands. She is currently a spokeswoman for Maybelline and Puma.

She has a humble personality and is currently helping an orphanage in Salvador, Brazil, and also supports many charitable foundations in America.

Her mesmerizing looks and professionalism have made her earn her position among the best and most highly paid models.

What Do You Need to Know About Plugs, Voltages, and Adapters...

Make Life Easier With The Help of Gurgaon Domestic Help