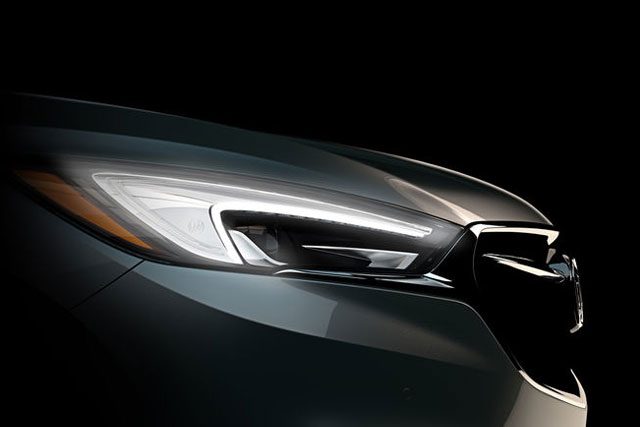 Buick’s three-row crossover is long overdue for some attention. The Enclave hasn’t been fully redesigned since it debuted for the 2008 model year, and it only received a mild refresh for 2013. Thankfully, Buick is expected to debut a new Enclave at the New York auto show in April.

The 2018 Buick Enclave receives the same new grille design as the LaCrosse and Encore. The headlights also look significantly narrower in this teaser image released by Buick.

Although the GMC Acadia became smaller when it entered its second generation, the Buick Enclave is expected to retain its large size. The Enclave’s other sister model, the 2018 Chevrolet Traverse, also stayed true to its roots but gained a much boxier design, which we might also see on the new Buick. The three redesigned crossovers will all sit on a new platform.

Expect the new Enclave to gain a host of advanced safety features and upscale treatments befitting of a range-topping SUV. The model should go on sale later this year, reports Automotive News.

Who are Holistic Dentist and What is the Difference Between them...

Tattoo Is A New Trend in Today’s Culture