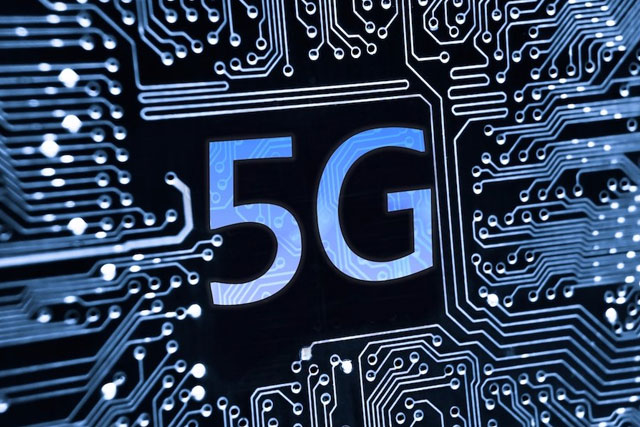 When the 5G wireless standard hits the mainstream, our home internet speeds have the potential to be so fast that we’ll be downloading 4K movies, games, software, and any other large form of content at a fraction of the time we’re used to.

5G is the upcoming evolution of wireless 4G LTE, which is mostly used today for wireless mobile networks. It’ll offer incredibly fast wireless communication that can be used for a number of applications outside of mobile networks, one of which is home internet.

At Mobile World Congress this year, Samsung showcased its 5G Home Routers, which achieved speeds of up to 4 gigabits-per-second (Gbps), according to PCMag. That’s 500 megabytes-per-second, which could let you download a 50GB game in under two minutes, or a 100GB 4K movie in under four minutes. To give you an idea of how fast that is, the average internet speed in the US as of 2016 is 55 megabits-per-second, which translates to a woeful 6.5 megabytes-per-second.

As PCMag’s Sascha Segan points out, however, Samsung’s router was right next to the transmitting 5G cell at the time of the demonstration. That means those speeds are probably only possible in a perfect scenario, where the 5G router is extremely close to the 5G radio cell without any interference, obstacles, or network congestion. Still, even with 50% of that performance, we could be experiencing 2Gbps speeds at home. And even 1Gbps — 25% of the perfect scenario — would be great compared the US internet speed average.

Gigabit internet speeds aren’t new, but they’re extremely rare to come by. There are just a handful of ISPs that offer Gigabit Internet in just a few parts of the US, largely because it’s incredibly expensive to lay down infrastructure. It involves digging up roads to install miles of fiber optic cables and connecting them to your specific address.

The best part about wireless 5G millimeter waves is that ISPs don’t have to build costly infrastructure to deliver those insanely fast speeds. Instead, your internet service will be delivered wirelessly through the air, much like your mobile network for your phone.

How does it work?

Samsung’s 5G Home Router will use an antenna installed outside of one of your home’s windows, which is connected to a WiFi router inside your home. That antenna will pick up one of 5G’s “millimeter wave” wireless signals that are transmitted from millimeter wave cell towers.

We’ve actually seen this technology before from a startup called Starry, which is currently in the testing phase in Boston. Hurry up and wait.

You can’t buy it yet, but the technology is here, and now it’s a matter of when this 5G millimeter wave technology will become mainstream.

We’re essentially waiting for ISPs to begin rolling out 5G. At the moment, Verizon is testing 5G in a few parts of the US, and the the overall consensus for mainstream 5G is around 2020.

There’s no indication of how much these routers and other equipment will cost, nor how much the internet plans will cost, either. You can get a 500Mbps plan from Verizon Fios at the moment, but that costs $275 per month.

Here’s to hoping Gigabit 5G Internet will be cheaper.

Google Pixel 2 Will Launch This Year

5 Most Profitable Fiverr Gigs You Can Sell to Make Money